Ethereum Just Saw Technical Breakdown And It Could Retest $200 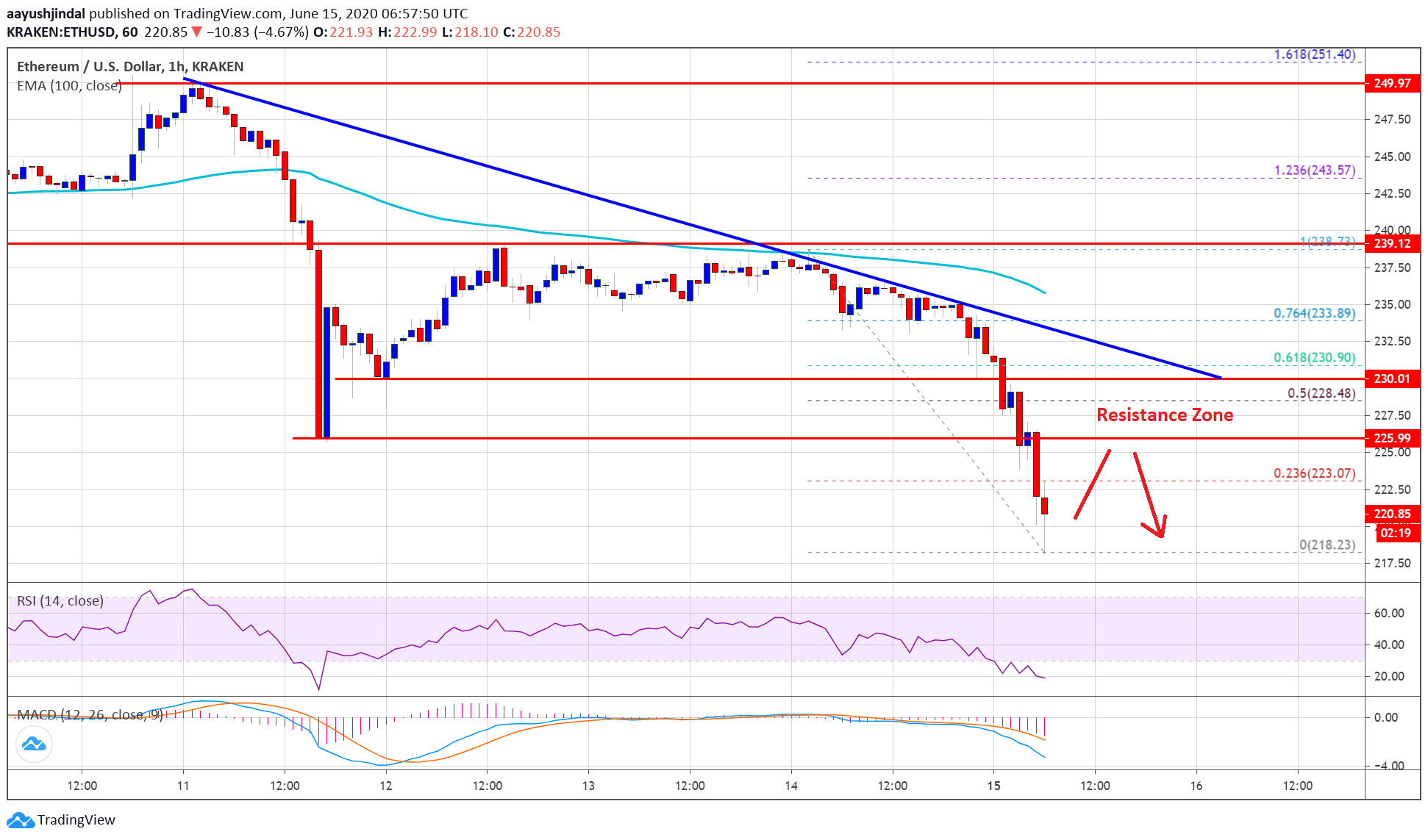 Ethereum is following a bearish pattern and it recently failed to surpass $240 against the US Dollar. ETH price is likely to continue lower and it may soon retest the $200 support zone.

As a result, there was a sharp decline below the $230 support and the price settled below the 100 hourly simple moving average. The decline was such that the price broke the $225 swing low and traded to a new weekly low at $218.

It is currently consolidating losses near the $220 level. An initial resistance is near the $224 level. It is close to the 23.6% Fib retracement level of the recent drop from the $240 swing high to $218 low.

The first key resistance for ether price is near the $230 level. There is also a key bearish trend line forming with resistance near $230 on the hourly chart of ETH/USD. The trend line is close to the 50% Fib retracement level of the recent drop from the $240 swing high to $218 low.

Chances of Recovery in ETH?

Ethereum is clearly facing many hurdles near the $228 and $230 level. The first major resistance is near the $235 level and the 100 hourly SMA.

The main resistance is still near the $240 level, above which the price might start a decent upward move in the near term.

Hourly MACD – The MACD for ETH/USD is slowly gaining pace in the bearish zone.

Hourly RSI – The RSI for ETH/USD is now well below the 30 level, with oversold conditions.

Take advantage of the trading opportunities with Plus500