This Analysis Suggests December Will Be a Crucial Month for Bitcoin 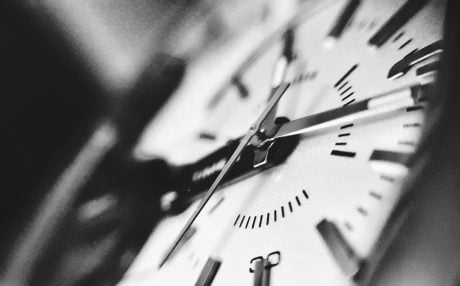 Bitcoin’s price action has done little to offer investors with clarity into its near-term outlook. The benchmark digital asset has been trading around $10,500 for the past few days, with each push higher or lower resulting in a move back to this price level.

The lack of directionality seen in the time following its $11,000 rejection seems to indicate that the market is at a turning point, with bulls and bears reaching an impasse as both sides battle for control over its near-term outlook.

One analyst explained in a recent tweet that a Gann-based analysis of Bitcoin’s near-term timeline seems to indicate that mid-December is a pivotal point for the cryptocurrency.

As such, it may not be able to garner any clear directionality until this time, meaning that the coming few months may result in it seeing a prolonged bout of sideways trading.

That being said, the same analyst also notes that he is bull-biased on BTC at the present moment, saying that only a decline beneath $10,000 on its weekly chart would be enough to invalidate this sentiment.

The cryptocurrency market doesn’t have any strong momentum in either direction at the present moment.

Both bulls and bears have reached an impasse, resulting in Bitcoin – as well as most major altcoins – entering tight consolidation channels.

The two short-term levels to watch closely sit at $10,400 and $10,600. These mark the upper and lower boundaries of the range formed by BTC in the time following its rejection at highs of $11,200.

Where the entire market trends next may depend on which of these levels is broken first.

Trader: This Analysis Indicates Mid-December is a Turning Point for BTC

One analyst recently stated that a Gann-based time analysis of Bitcoin suggests that mid-December is a pivotal moment for the cryptocurrency. This means that how it trends heading into this time frame could set the tone for 2021.

The analyst does note that he is bullish on BTC so long as it remains above $10,000 on its weekly candle. A close beneath here would be grim.

“BTC Gann based price & time analysis. Current time pivot to be resolved – I remain biased bull until we lose 10K on weekly. Mixed signals but clear invalidation for the bulls and downside targets included in chart which I’ll trade. Next time pivot mid-December,” he explained.

The coming few weeks and months will likely be imperative for understanding Bitcoin’s macro outlook for 2021 and beyond.