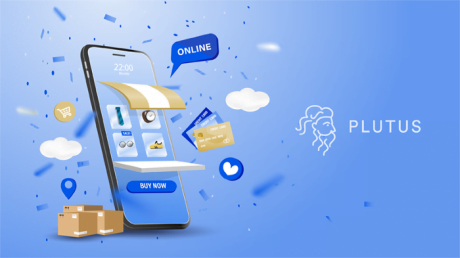 It is no secret that people love shopping online. Black Friday, Prime day and Cyber Monday are global phenomena thanks in part to the significant amount of online shopping that takes place during those times. While these shopping holidays are already firmly established in the mainstream, it seems like the cryptocurrency world is getting in on the action as well.

The latest of these global shopping holidays are Amazon Prime Day, in which e-commerce giant Amazon is offering discounts on thousands of items to customers. The event is to be held on the 13th and 14th of October 2020.

Plutus Teaming Up with Prime

“Starting today, we are jumping in on the action to offer you a massive 10% crypto reward on any, and all, Amazon purchases,” the announcement said, adding that this is in addition to the discounts already offered by Amazon, bringing potential discounts to up to 60%.

This benefit is available to users of the platform, irrespective of the amount of PLU they have staked. PLU is the native token of the Plutus platform. Plutus users with Starter, Premium, and Pro accounts can enjoy this perk even if they do not own any PLU tokens. This can be unlocked by making use of Plutus cards at checkout, after which the rewards are applied.

The company also gave details on another regards program to be offered to customers.

“We are also working with our affiliate partners to offer exclusive deals on highly in-demand items such as the upcoming iPhone 12 and PS5 for our members who have unlocked Plutus Perks. In order to qualify for this reward, you will need to unlock level 2 of Perks and use the Plutus Perks dashboard to make your purchase,” the announcement said.

Their recent Amazon Prime Day deal is not the only development taking place at Plutus. In fact, the company has announced a slew of new expansion plans.

First, it recently announced plans to pursue a banking license, launch in Latin America, launch in Asia, and rapidly scale the business. They also revealed their Pluton Liquidity Injection Programme (PLIP) which involves partnerships with five exchanges and several micro-sales.

The rollout for their PLU token was also announced to great fanfare. The first sale took place on their own internal platform, the PlutusDEX. However, the sale was oversubscribed in just 48hrs and Plutus had to extend the sale to accommodate the demand. It finally concluded on October 13, 2020.

PLU is being sold at $8 and the exchange has implemented several unique features that have made it incredibly successful, such as a 40% bonus – Whatever a user pledges for, they receive a 40% bonus in PLU on top, an extremely high bonus rate that you don’t see elsewhere.

A cancellation policy was also put in place- meaning participants could cancel their pledge if they changed their minds. There is also a price-floor guarantee – the minimum rate of PLU on the PlutusDEX has been locked at $8 for 90 days meaning participants can sell PLU back at the same rate they purchased it (limits apply).

Participation also offers Premium membership – All participants will automatically get a 6-month free membership worth £/€9.99 per month.

It will boost the visibility of companies such as Plutus, increase the use of tokens and the creation of accounts as well as strengthen the position of the industry within e-commerce. In the next few years, we will likely see even more cryptocurrency company participate in events such as Prime Day or even host sales of their own.