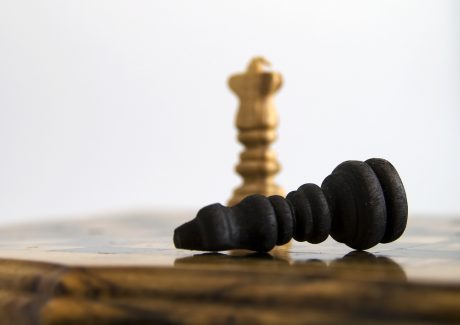 UniSwap’s governance token UNI was among the biggest gainers on Friday as the rest of the cryptocurrency market succumbed to a bearish fundamental.

The crypto index lost about $7 billion as trades panic-sold a portion of their holdings under the influence of OKEx. This Malta-based exchange landed itself in the middle of a criminal investigation.

In retrospect, OKEx suspended all its withdrawal options indefinity, saying that one of its private keys holders is “currently cooperating with a public security bureau.” The exchange later said that the investigation was a result of the staff’s personal issue.

Meanwhile, the Chinese news website Caixin reported that police had apprehended Mingxing Xu, aka “Star,” almost a weak go. He reportedly went out of the loop of the rest of the OKEx team ever since.

The exchange clarified that customers’ funds remain safe under their custody, adding that they “will resume digital assets/cryptocurrencies withdrawals immediately once the concerned private key holder can authorize the transaction.”

But the statement was not enough for daytraders. Many of them interpreted the OKEx news as another legal blow to centralized exchanges. They started limiting their long traders across other spot and derivatives platforms, causing the market to plunge.

UNI initially underwent a sell-off like any other cryptocurrency. But the DeFi token sharply rebounded after traders realized that it represented an OKEx rival: UniSwap.

As a decentralized exchange, UniSwap discourages the practice of holding clients’ funds. It instead promotes the classic “Not-Your-Keys-Not-Your-Crypto” approach, thereby protecting itself from the likelihood of losing cryptocurrencies – or locking them in the event of missing private keys, just like in the case of OKEx.

“Rational trading alert! After initially [getting dumped] on the OKEx news, $UNI is now rallying. An incorrect knee-jerk reaction, followed by prevailing common sense as market interprets (correctly) that a DEX should rally when a CEX has problems. [A] really good sign of a maturing market.”

The intraday upside, nevertheless, came amid pressing worries about UniSwap’s centralization. As previously covered, community members claimed that the exchange had handled over a larger quantity of UNI tokens to a very few players that could have them change the network rules without needing a majority vote.

“Dharma, with its massive voting power of 15 million votes [in one address alone], already presents a threat to Uniswap’s sovereignty without this proposal, which will so powerfully entrench them in Uniswap governance they might as well just outright own the DEX,” said David Felton, one of the UNI holders, in a blog post.

UNI plunged by up to 21 percent this week partially because of the centralization FUD.