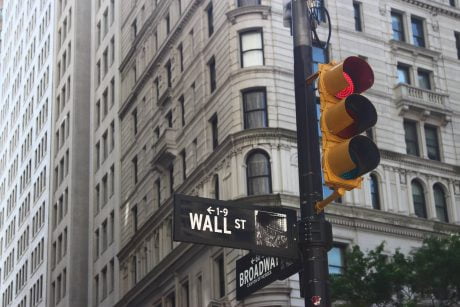 Bitcoin has been moving in close tandem with the stock market throughout the past few days and weeks, which has slowed its growth and caused it to see some turbulence.

The stock market is currently in a consolidation trend as investors await progress on a second round of federal stimulus.

It remains unclear as to whether or not this will come about before the election next month, but until it does, it is highly unlikely that the stock market will see any intense upwards momentum.

One analytics firm is now noting that Bitcoin’s correlation to the S&P 500 and other benchmark stock indices is “concerningly high.” They add that a break of this correlation would be overtly bullish and potentially spark a fresh uptrend.

There’s a possibility that BTC gaining status as a reserve asset could tip the scales into bulls favor and potentially kick off a fresh uptrend.

Yesterday, it was showing some signs of strength as its price pushed up towards $11,600. This move was stopped short by news surrounding 200,000 BTC being locked within OKEx due to the founder being arrested by the Chinese authorities.

This news sent shockwaves throughout the market, but it does seem as though bulls have been able to guard against this creating any harsh selloff.

BTC is still caught within the same trading range that it has been trading in over the past couple of weeks.

Although Bitcoin has been gaining adoption as a reserve asset, its price remains dangerously tied to the stock market – according to one analytics firm.

They note that a break of this correlation could help send Bitcoin’s price rocketing higher, placing its trend back into bulls’ control.

“BTC tends to thrive when its reliance on healthy traditional world markets is low. For most periods of time since COVID19 entered the global consciousness, the correlation between the two markets have been abnormally high. A drop below 0 would be an encouraging bullish sign.” Until this correlation breaks, the fate of the entire crypto market may rest in the hands of the stock market.