Here’s the Overlooked $8.5 Trillion Investor Group That Could Boost Bitcoin 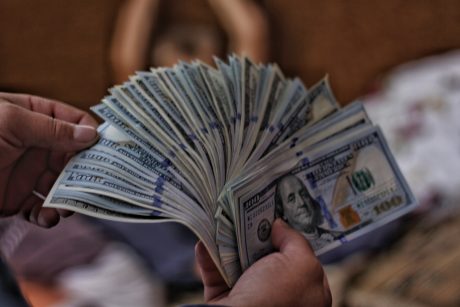 Bitcoin has been seeing massive inflows of capital from large investors and corporations throughout 2020, which may be what has allowed its price to trade well above where it started the year – despite the turbulence seen in the early months.

There’s a strong possibility that BTC will continue gaining adoption amongst non-retail investors in 2021 as well, with the trend of it being a reserve asset only gaining traction as more companies, funds, and large investors acquire it.

Retail investors are also rapidly turning to Bitcoin to protect against the turbulence and inflation being seen throughout the globe, which is elucidated by the rapidly climbing number of new wallets with sub-1 BTC balances.

There is one often overlooked investor class that could be the next source of rocket fuel for Bitcoin: sovereign wealth funds.

One on-chain analyst explained that there is currently $8.5 trillion being managed by nations, and virtually zero has been allocated towards Bitcoin.

He contends that an optimal portfolio going forward will require it, which could mean that serious upside is right around the corner.

At the time of writing, Bitcoin is trading up over 2% at its current price of $11,800. This marks a notable upswing from its recent lows of $11,200 set during a recent selloff.

The rebound from these lows, coupled with a break above $11,800, has significantly bolstered its near-term outlook.

Whether or not it can break above its next key resistance at $12,000 will likely hold serious influence over its near-term outlook, as a rejection here could spark a far-reaching downtrend that degrades its current technical strength.

Bitcoin is already gaining adoption amongst family offices, public and private corporations, as well as institutions. Still, there’s an even bigger group of investors who have yet to allocate towards BTC.

One respected on-chain analyst explained in a recent tweet that there is roughly $8.5 trillion sitting in sovereign wealth funds owned by nations. Currently, their BTC exposure is zero.

“We’ve talked about $5T of cash sitting in public company corporate treasuries. What hasn’t been talked about is the $8.5T sitting in sovereign wealth funds, i.e. ‘the wealth of nations’. Their exposure to Bitcoin is zero, their optimal portfolio will require it.”

If these investors allocate just a small fraction of their AUM towards Bitcoin, it could be a source of serious capital inflows for the benchmark cryptocurrency.