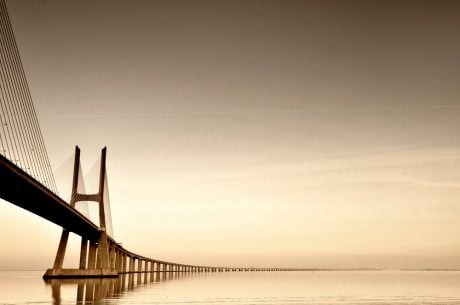 Ripple CTO David Schwartz weighs in on discussions of a “Great Financial Reset” by saying talk of a one-world currency is premature.

However, Schwartz acknowledges that a global network of central bank digital currencies (CBDCs) is coming soon. With that, he believes XRP, as a “neutral, jurisdictionless asset,” can benefit by acting as a bridge between CBDCs, and all other tokenized assets.

I don’t think there’s going to be one world fiat any time soon, so even with stablecoins there will be a lot of them. To make liquidity between CBDCs, other stablecoins, and new tokenized asset classes (securities, DeFi) there’s room for a neutral, jurisdictionless asset.

The past few months have seen central banks ramp up their CBDC game.

Crypto purists loath the idea of more centralization and further infringements on privacy. But the arrival of CBDCs is inevitable.

The report was a collaboration between the Bank of Canada, European Central Bank, Bank of Japan, Sveriges Riksbank, Swiss National Bank, Bank of England, Board of Governors Federal Reserve System, and the Bank for International Settlements.

Its purpose was to establish foundational principles for implementing CBDCs at the international level. But more than that, it signaled solidarity in changing the future direction of money.

The recent coordination among Central Banks regarding CBDC’s has been really impressive.

It’s almost as if… as if they’ve solved the Byzantine General’s Problem?

Georgieva likened the current economic situation to the 1944 post-WWII era. She called for cooperation between world leaders while hinting at a major restructuring of the global economic system.

The Bretton Woods agreement adopted monetary policies aimed at bringing about prosperity. But critics say it only divided society into the haves and have nots.

According to the brettonwoodsproject.org, the Bretton Woods agreement set in motion a control system that failed spectacularly regarding democratic governance, human rights, and the environment.

“Bank and Fund’s policies have failed to achieve their stated objectives and instead support an economic order that benefits elites and private sector interests at the expense of poor and marginalised communities.”

As such, many observers remain cautious over what the IMF has in store regarding a new Bretton Woods.

Under a new economic system, Ripple CTO David Schwartz predicts that multiple cryptocurrencies and CBDCs will be relevant.

I think lots of digital and fiat assets will compete to play that role and there is room for more than one. I see the dollar’s role as the world’s settlement currency slowly shrinking and international commerce increasing. So we’ll be fighting for a share of a bigger market. 1/2

Expanding further, Schwartz also admitted that the XRP ledger, or for that matter any single ledger, is incapable of dealing with all of the world’s payments.

He sees Ripple XRP’s role as the “backbone” in facilitating interoperability between the different networks of the world.

“The XRP Ledger can’t handle all the world’s payments, and I’m not proposing a “one network” solution. That’s totally unrealistic. People want different things and have different problems. But XRP can be the hub or backbone that provides the fast international settlement piece. It won’t solve the last mile problem, but will help with interoperability and concentrating liquidity so enterprises don’t have to be keep funds in every payment system.”

The performance of XRP over the past three weeks has seen cautious optimism over Ripple’s native token. Today, XRP is up 2% to $0.24659.