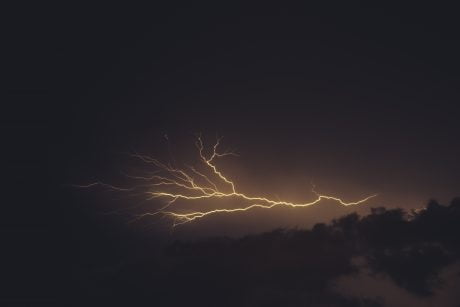 Ethereum’s price action has been incredibly lackluster compared to that seen by Bitcoin and the rest of the crypto market.

While BTC pushes up towards fresh yearly highs of $13,000, the rest of the crypto market has remained fairly stagnant.

In particular, ETH has only seen tempered gains and remains well below its 2020 highs of $490 set at the peak of the DeFi hype cycle.

It is important to note that Ethereum is now gaining some stability above $380, but its lack of momentum compared to that seen by Bitcoin remains concerning to some investors.

That being said, analysts now widely believe that the cryptocurrency could be overdue for a serious move higher, potentially sending it past $400.

One trader said that he is watching for ETH to “teleport” past its key $400 resistance in the coming days, which could spark some life into altcoins and maybe even renew the DeFi hype cycle that fizzled out over the past few weeks.

Today’s Bitcoin rally to $12,700 was news-based, as it came about close on the heels of reports regarding PayPal’s foray into crypto.

Although this news only had a noticeable impact on Bitcoin, it is equally as relevant for Ethereum, as PayPal will now allow users to buy, sell, and store BTC and ETH – as well as a few other digital assets.

At the time of writing, Ethereum is trading up just over 5% at its current price of $388.

Its upsurge today has been promising, as it sold off yesterday in tandem with Bitcoin’s push past $12,000.

It still has a long way to go before it can reach parity with BTC’s gains over the past week.

While sharing his thoughts on Ethereum’s present technical outlook, one analyst explained that he is watching for it to see a sharp upswing past $400 before facing any serious resistance.

He notes that the resistance just above its current price is quite weak.

“ETH – Done messing around. Time to teleport Ethereum to $400+. Not much resistance on the way towards the EQ.” If Ethereum breaks $400 and can flip this level into support, it could act as a launchpad that sends the cryptocurrency rocketing higher in the weeks ahead.