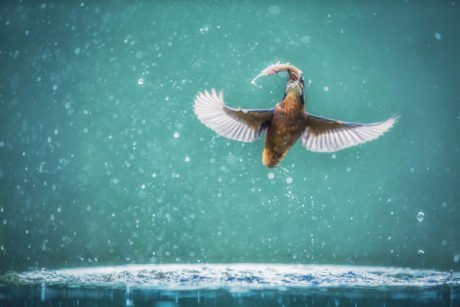 Prominent comedian and actor Kevin Hart just discussed Bitcoin, Ethereum, and other crypto assets during a livestream for MDA USA. MDA is an organization that aims to help those affected by muscular dystrophy, ALS, and other diseases related to neuronuscular mehavior. Hart is honored to host this event:

“To have the opportunity to revive it, change it and still, of course, fulfill the cause at hand as well as bring some awareness to other things that are going on, I just felt it was a great moment,” he said to CNN on the matter.

When he was asked by one of his celebity friends, Jay Ellis, if MDA accepts “Bitcoin, Ethereum, or any of those cryptocurrencies,”  Hart responded with confusion. He joked these cryptocurrencies are “voodoo money”:

“We don’t take the voodoo. So if you’re out here trying to give us the voodoo money, we don’t, what? We do take the voodoo. Oh wait, this is actually take cryptocurrencies — I’m told it’s a legit investment worth almost $250 billion. Okay yeah, we do take it. Ok, we take it.”

🚨BREAKING🚨 – @KevinHart4real just shouted out #Bitcoin, #Ethereum and other #Crypto LIVE while hosting the @MDAorg telethon.

He called it “voodoo money” at first before announcing they accept it 😂🤣https://t.co/2OkgpCjKq5

This comes shortly after Kanye West, the world-famous artist and designer, discussed Bitcoin with Joe Rorgan. He said yesterday in a recent episode of the podcast:

“A lot of the tech guys can use these new highways, these new information highways, to create the next frontier of humanity.”

West has talked about Bitcoin in the past.