Survey: Many Investors Expect Bitcoin to Be Seriously Higher in One Month 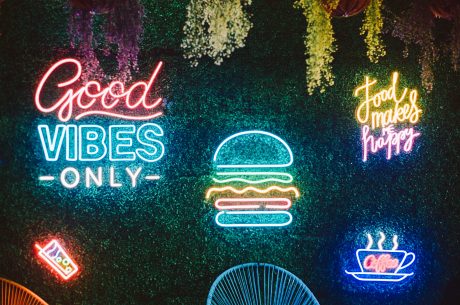 Bitcoin has undergone a strong rally since the lows seen just two weeks ago. The leading cryptocurrency currently trades for $13,050, far above the aforementioned lows and above the medium-term lows set during the September correction at $9,800.

Some have argued that the cryptocurrency is severely overbought. As reported by NewsBTC previously, one trader recently noted that the cryptocurrency’s one-day Fisher Transform indicator is currently at highs not seen since August, May, and February of this past year. As can be seen in the chart, each of the named periods marked medium-term highs in the price of Bitcoin.

Bitcoin Could Be Seriously Higher in a Month

Despite this precedent, analysts think that BItcoin will be seriously higher in a month from now.

Real Vision, a leading financial media outlet followed by fund managers and retail investors across the globe, recently released its latest Real Vision Exchange Survey report. Members of the website are polled by Real Exchange to show how bullish or bearish the average user is on certain assets.

As can be seen, most investors are extremely bullish on Bitcoin and are expecting the asset to rally more than 5% in the month ahead:

“Most participants saw equities as well as the currencies (USD, EUR, AUD) heading slightly lower. US and EM equities were a little bit better off than their European counterparts (at least fort the 1m horizon). Bond yields are expected to head lower as well. The view on Bitcoin is still very positive despite or maybe because of the recent rally. While Gold is also expected to increase, upside potential is expected to be lower (short term) compared to Bitcoin.”

Another poll indicated that 80% of all Real Vision users are long on Bitcoin at the moment. The platform has been covering the cryptocurrency for multiple years, prior to it showing up on the radar of many in the mainstream.

Fundamentals Suggest This To Be The Case

Fundamentals indicate that the cryptocurrency has room to move higher in the month ahead.

Bill Barhydt, CEO of Abra, recently commented that he is increasing his exposure to Bitcoin as he sees the investment case for this asset continuing to grow:

“A few weeks ago, I increased my ownership of #Bitcoin significantly and it’s now 50% of my investment portfolio. Why? I believe #Bitcoin is the best investment opportunity in the world right now. There are three reasons I believe this to be true today…. Fundamentals, Technicals, and Sentiment.”

Many think that the next fiscal stimulus bill has the potential to drive BTC even higher as the market embraces a narrative of the U.S. dollar devaluing.