Analyst: Chainlink Forms Most Bullish Setup Ever as Chance of Upside Grows 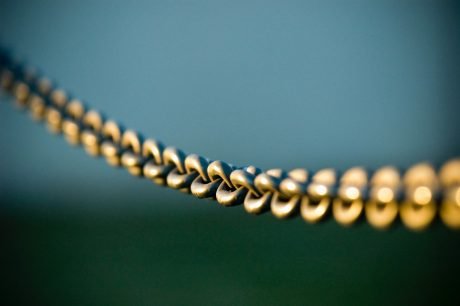 Chainlink has been consolidating within the mid-$12.00 region following its recent surge higher.

The break into this price region has been significant, and where it trends next will likely depend on its reaction to the resistance established at $13.00.

Yesterday, it was able to surge to this resistance level before facing some selling pressure that sparked a sharp selloff.

Bulls have since been able to guard against any further downside, with each dip to $12.00 being followed by a rapid surge higher.

This indicates that bulls still have some strength and also highlights that its new short-term trading range exists between $12.00 and $13.00.

One trader is now pointing to many different factors that show just how bullish Chainlink is at the moment, noting that its utilization, ongoing development activities, and market structure all contribute to his bull bias.

He is even going so far as to state that he doesn’t recall a “more bullish setup in its history” – a sign that significantly further gains could be on the horizon.

At the time of writing, Chainlink is trading down just over 3% at its current price of $12.22. This marks a notable decline from its daily highs of $13.00.

The resistance here is somewhat significant, as it sparked a selloff that reached as far as $12.00 before bulls were able to step up and establish support at this level.

As Bitcoin and other major altcoins all enter consolidation phases, there’s a high likelihood that Chainlink will continue following in their footsteps.

One analyst recently pointed to Chainlink’s recent fundamental strength, noting that the confluence of extremely positive technical developments coupled with a strong market structure indicates that upside is imminent.

“I’ve seen every candle on the LINK chart. I don’t recall a more bullish setup in its history. Arbitrum. Threshold sigs. Clause. Oracle Integration. De-Facto Oracle. Network Effect. Army of Autists. I honestly feel bad for no-linklets at this point,” he said while pointing to the below chart.

The confluence of technical and fundamental strength could significantly lift Chainlink in the days and weeks ahead.