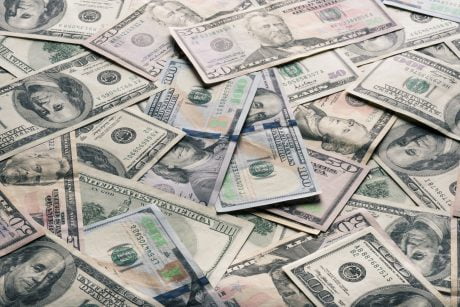 The Ethereum blockchain network is on track to settle over $1 trillion worth of transactions in 2020. According to the data from Messari and CoinMetrics, the network settled $989 billion in value year-to-date.

“Ethereum is now the dominant settlement layer in crypto and is on pace to settle over $1 trillion in 2020. ETH took over BTC in no time.”

Comparing Ethereum to Bitcoin is difficult because the latter is a store of value and a currency. In contrast, Ethereum is a smart contracts blockchain protocol that processes many types of data alongside transactions.

Still, the data shows the rapid growth rate of Ethereum and the impact of DeFi on smart contract blockchains. The Large Effect of DeFi on Ethereum is Noticeable

2020 has been the year of DeFi, at least from June to September. Following the launch of Compound’s COMP token and Yearn.finance’s YFI token, the DeFi market exploded.

Decentralized applications require users to pay a transaction fee every time a piece of data gets processed. As an example, let’s say a user buys 1 ETH using 408 Tether (USDT) on Uniswap. The buy order has to be processed on the Ethereum blockchain network so it is registered as a transaction.

As many people began to use Uniswap and other decentralized exchanges, the demand for Ethereum began to soar. Since the number of daily transactions on the blockchain started to rise, naturally, the value transferred through Ethereum began to rise in tandem.

In the past two months, following the correction of the DeFi market, the Ethereum blockchain has slowed down slightly. Daily active users have declined and the sum of fees spent per day has also slipped.

But, over the longer term, particularly if the DeFi cycle returns, analysts anticipate the Ethereum blockchain to become more active again

A major roadblock in the latest DeFi cycle was the inability of the Ethereum blockchain network to efficiently process a high number of transactions.

As such, as the ETH 2.0 network upgrade materializes and the DeFi cycle returns, Ethereum would likely begin settling more value.

Eric Wall, the CIO at Arcane, said the environmental argument surrounding mining could also benefit ETH as it moves onto staking. He said:

“Ethereum will ride massively on the “it’s an environmental crypto that doesn’t waste as much electricity as a country the size of Ireland”-meme. True or not, no amount of education is going to stop this, regardless of how ETH2 really progresses.”