Bitcoin Stays Above $10k For the Longest Period in History 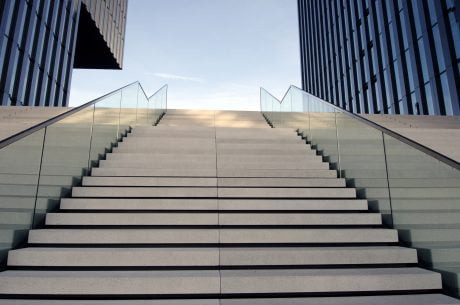 The price of Bitcoin (BTC) has never been above $10,000 for as long as in the past three months. The figure shows the sheer strength of the momentum of BTC’s ongoing uptrend.

The researchers at the cryptocurrency market data firm The Tie said:

“Bitcoin has held above $10k for over 90 days (Closing basis). This is the longest period in its history. This chart visualizes the 3 longest periods above $10k. Market structure looks much strong this time around as price is breaking highs and trending upwards.”

Throughout the past two weeks, various data points have shown that miners and whales have been selling BTC.

Despite the sell-off, BTC has remained resilient above $10k. This trend shows that the buyer demand for BTC is overrunning the selling pressure. Such an extreme market pattern is not ideal for Bitcoin for two reasons.

First, it shakes out retail investors to the point where new capital could be fearful of re-entering in the short term.

Second, it leaves Bitcoin vulnerable to a massive pullback, especially if a cascade of futures liquidations occur.

This time, Bitcoin has been stable and resilient despite testing a critical resistance area at $13,500. Yet, it has not seen a sharp pullback or a strong reaction from sellers.

According to the researchers at The Tie, the rising buyer demand could be attributable to the PayPal announcement.

Less than a week ago, PayPal announced that it is enabling crypto purchases and selling to hundreds of millions of users.

Since then, the Bitcoin market sentiment has noticeably improved based on various on-chain metrics and gauges. The Tie wrote:

“Investors sentiment has been positive throughout this price surge as indicated by The TIE’s Sentiment Score. A score above 50 implies that conversations have been positive and as shown on the chart below, the score has been above 50 for the entire week. Sentiment reached a high of 89 shortly after the PayPal announcement.”

The price of Bitcoin is already in an area that is of significant interest to sellers. For BTC to see a continuation of a rally without market exhaustion, the positive market sentiment would have to be sustained.

The main source of market optimism throughout the fourth quarter came from the sudden spike in institutional demand.

In the upcoming months, the institutional appetite for Bitcoin would be key in sustaining its momentum bridging over into 2021.