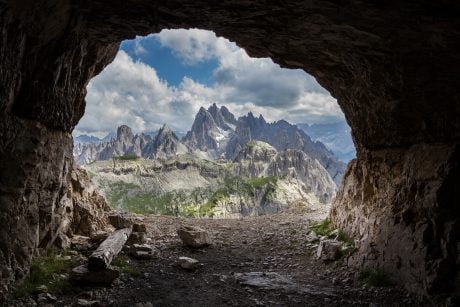 The funding rate of the Bitcoin (BTC) futures market is turning negative as the price of BTC surges. The trend indicates that short contracts are getting squeezed as the dominant cryptocurrency rises.

The term short squeeze refers to a scenario where traders are increasingly betting against Bitcoin but BTC goes up. As BTC increases, short holders then adjust their positions, buying up their positions to avoid liquidation.

The market buying from short contract holders then turns into buyer demand, further pushing BTC up. Shorts are Continuously Getting Squeezed as Bitcoin Rises—Technically Bullish Trend

The most widely utilized metric to gauge whether short or long contract holders dominate the market is the funding rate.

Bitcoin futures exchanges use a system called “funding” to ensure there is balance in the market.

When the market becomes overwhelmed with buyers or long contract holders, then the funding rate turns positive. A positive funding rate requires buyers to compensate sellers by paying a portion of their positions as fees.

But, when the market is overrun by sellers or short-sellers, the funding rate turns negative. Then, short-sellers have to compensate buyers.

The reason behind Bitcoin’s continuous upsurge is that the number of short-sellers is rising. As such, buyers are compensated for placing long contracts on BTC. Since Bitcoin is going up, more short-sellers are closing their positions, spurring buyer demand in the market. A pseudonymous trader known as “Byzantine General” emphasized that the current technical structure of Bitcoin is optimistic. Yet, the funding rates are negative, which typically signifies it has room for a broader rally. He wrote:

BTC is Sucking Up a Big Portion of Cryptocurrency Market Volume

Atop the negative funding rate and the ongoing short squeeze, there are several other factors that might further fuel the positive Bitcoin market sentiment.

Most notably, Bitcoin is the only major cryptocurrency that is rising rapidly, while the rest of the market stagnates.

The sole uptrend of Bitcoin shows three key trends. First, profits are still cycling in from altcoins to BTC. Second, the demand for BTC is so high that the appetite for higher-risk plays is declining. Third, it shows that buyer demand in the spot market is clearly overruning the selling pressure.

Throughout the past week, there have been signs that miners have been selling BTC. The miner net inventory of Bitcoin has noticeably dropped, which indicates miners were selling BTC to cover their expenses.

Shortly after that, the hashrate of the Bitcoin blockchain network declined, as some miners in China slowed down after the rainy season.

Despite the various factors that could have placed significant selling pressure, BTC has been pushing through key resistance levels.