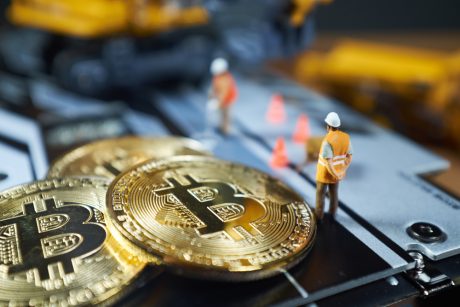 The last 24-hours has seen the price of Bitcoin up 4% to $13.6k. Despite concerns of being overbought, the number one cryptocurrency continues hurtling towards key resistance at $14k.

Nonetheless, as CasaHODL Co-founder and CTO Jameson Lopp noted, despite Bitcoin’s price gains, Bitcoin’s hashrate has suffered a steep decline since the start of the week.

Lopp says this is due to seasonal trends as Chinese miners relocate for the dry season. At the same time, he mentions China’s diminishing share of the hashing power and how such fluctuations will lessen over time as a result.

“Bitcoin hashrate has dropped by ~45% over past 3 days, presumably due to Chinese miners relocating equipment for the dry season. Hopefully in coming years the semi-annual hashrate fluctuations will decrease in volatility as China’s share of hashrate continues to drop.“

Data from blockchain.com shows the Bitcoin hashrate down to 131 million TH/s in the last 24-hours, a six-week low. 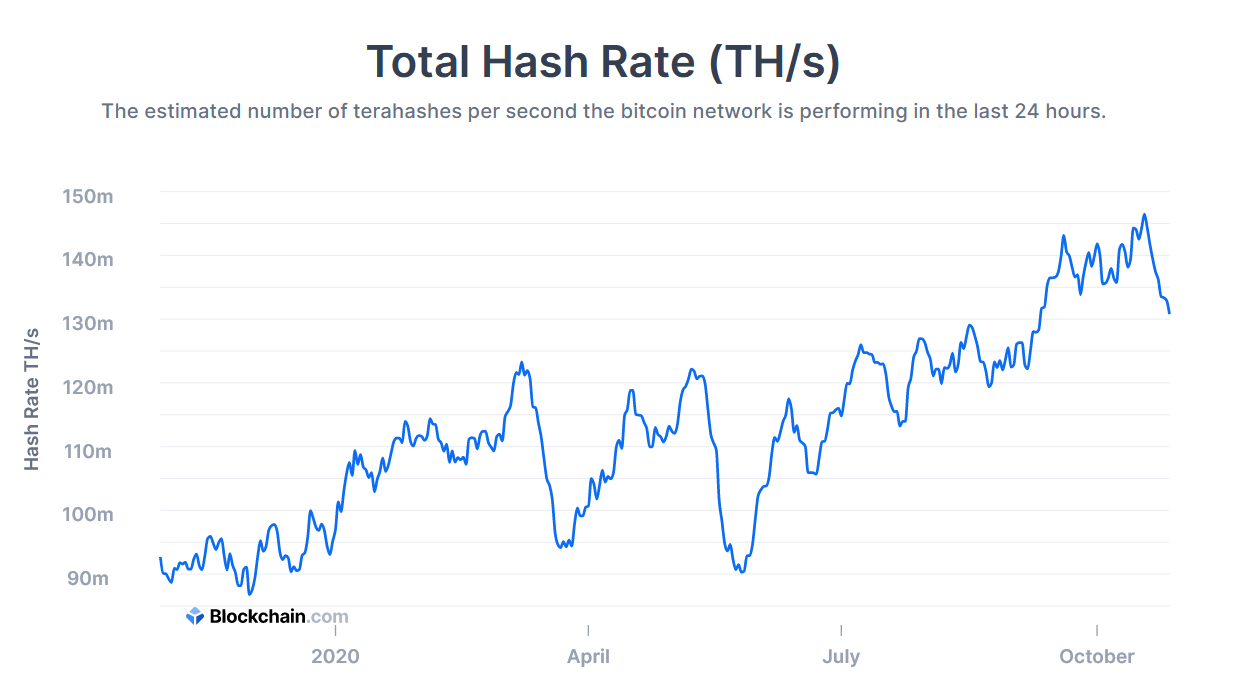 The main concern is whether the fall in hashrate signals an incoming fall in BTC’s price. Lopp states that he doesn’t believe this will affect price, as price is the leading factor of the two.

I don’t subscribe to the theories that hashrate affects price. It’s the other way around.

This view is shared by others, including Head of Research at CoinShares, Christopher Bendiksen, who states the dynamic between price and hashrate shows hashrate as the lagging variable.

However, if this were the case, then a rising BTC price would also see an increasing hashrate. Current data shows a divergence of this expectation, in that the Bitcoin price is rising, yet hashrate is falling.

The relationship between price and hashrate likely goes through periods of degrees of positive, neutral, and negative correlation.

Research shows that price does tend to have a strong positive correlation with hashrate. But, in 2018, the opposite was true.

Lopp attributes the falling hashrate to Chinese miners relocating mining equipment. However, others speculate that falling Chinese hashing power is due to renewed clampdowns by Chinese authorities.

Another Twitter user believes the imminent nationwide rollout of the digital yuan is the driving force behind the clampdowns.

The latest data from the University of Cambridge, for April 2020, shows 65% of the Bitcoin hashing power came from China. The U.S. ranked second with 7.2%, and Russia third at 6.9%. 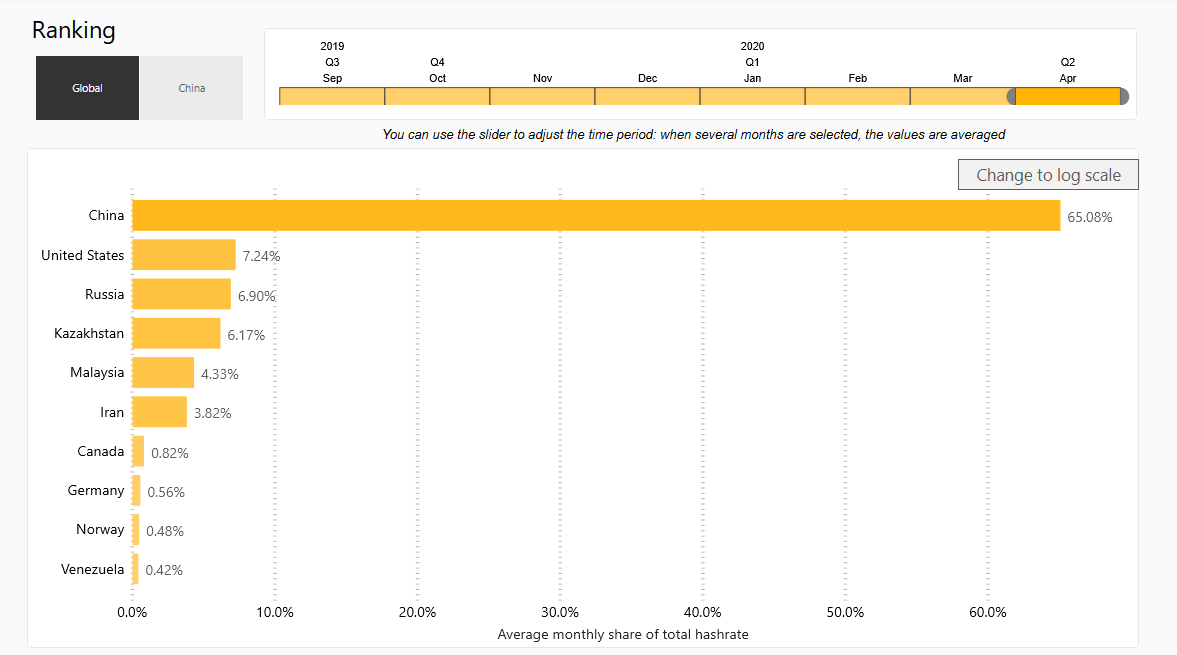 However, just seven months ago, China held 75% of the global hashrate, with Russia second at 5.9% and the U.S third at 4%.

Hearsay over a clampdown on Bitcoin miners by Chinese authorities is unconfirmed. However, the fact remains that other countries are stealing share of hashing power from China. From a decentralization standpoint, this is good for Bitcoin.