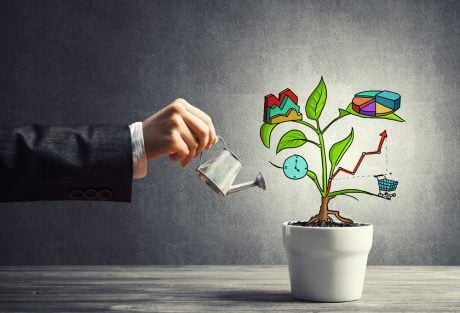 Ethereum is up 3% and it is trading nicely above $400 against the US Dollar. ETH price is showing positive signs and it could rally if there is a clear break above $410.

After a strong rally in bitcoin, Ethereum too gained traction and climbed above the $395 and $400 resistance levels. The upward move was such that ETH price settled above $400 and the 100 hourly simple moving average.

There was also a break above yesterday’s highlighted bearish trend line with resistance near $398 on the hourly chart of ETH/USD. It opened the doors for more gains above $405, but ether price struggled to clear the $410 resistance zone.

A high is formed near $410 and the price is currently consolidating gains. There was a minor correction below $408, but the price stayed above the 23.6% Fib retracement level of the upward move from the $383 low to $410 high.

It seems like there is a crucial contracting triangle forming with resistance near $408 on the same chart. If there is a clear break above the $408 and $410 resistance levels, the price could rally. The next key resistance is near $418, above which the bulls might aim a new monthly high above $422.

If Ethereum fails to clear the $408 and $410 resistance levels, there is a risk of a fresh decline. An initial support on the downside is near the triangle trend line at $402.

A clear break below the triangle support might open the doors for a fresh decline below $400. The next major support is near $396 level or the 50% Fib retracement level of the upward move from the $383 low to $410 high, below which ether could revisit the $385 support zone.

Hourly MACD – The MACD for ETH/USD is struggling to gain pace in the bullish zone.