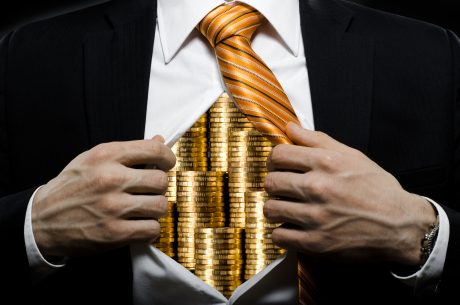 According to the data from Glassnode, the number of millionaire Bitcoin holders surpassed 20,000. Albeit the figure shows many investors are profitable after BTC’s recent rally, it might also show a sign of a top.

“The number of #Bitcoin millionaire addresses (addresses holding ≥ $1M worth of $BTC) crossed 20,000. It is the highest value since January 2018.”

In the past 20 days, the price of Bitcoin has increased by around 31%. It massively outperformed both gold and the U.S. stock market. When the price of Bitcoin rises so rapidly in a short period, the cryptocurrency market often becomes vulnerable to a pullback.

There is a large number of investors holding onto high unrealized profits. Although the high time frame technical structure of BTC remains highly optimistic, there is a risk that investors might take profit.

In the past 24 hours, Bitcoin rose by 6%, despite the growing expectations of a minor pullback. But, Garner said a “hell candle” could follow after one more market upsurge. He said:

“Dynamic RSI on the daily. Hell candle has followed pretty much every DRSI overbought signal that prints > 75 since the beginning of the last bull market. Though a leg up sometimes happen first, as it did today.”

There is One Variable

While the expectations of a market pullback after such a massive rally are typical of previous rallies, there is one variable.

In past bull markets, even during the 2017 craze, the Bitcoin futures market accounted for a large portion of the market volume.

This time around, due to the decline of BitMEX and an overall drop in futures activity relative to previous cycles, the spot market is leading the rally.

Hence, whether investors in the spot market would be compelled enough to sell at the $13,875 resistance level remains to be seen.

On the weekly chart, the $13,875 level has acted as a heavy level of resistance for sellers throughout the last three years.

But a counter-argument to that is that there is little resistance above $13,000 all the way to the all-time high at $20,000. As such, there is a strong possibility that retail and institutional investors could continue to bid above $13,000 expecting a run-up to the record-highs.

“If BTC dumps back down to ~$12,500 area, I’d be surprised. Off the top of my head, I can’t think of many examples where a bullish assets in a bullish trend gives back the entire expansion.”