Bitcoin Needs One Last Dip Before It Hits $16,000: Analyst 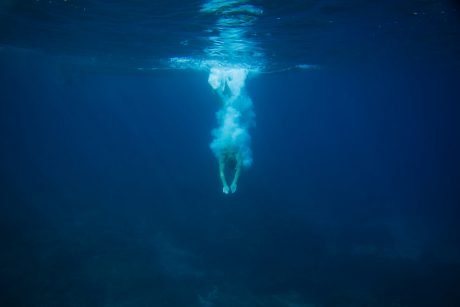 Bitcoin bulls with a long-term outlook should hold onto their upside positions even as the cryptocurrency plunges lower.

It is because the BTC/USD exchange could still resume its uptrend towards $16,000, a level it last touched in January 2018, says an independent analyst who operates under a pseudonymous identity. He nevertheless warned that the pair could still trend lower in the short-term.

In retrospect, BTC/USD rebounded by almost 41.28 percent after seemingly forming a bottom near $9,813 in late August 2020. The upside move appeared as traders assessed the entry of global corporations into the cryptocurrency space (read PayPal, Square, DBS, etc.).

The pair also rallied on expectations of the passing of the second coronavirus stimulus package, a bill that stands stuck for months as the US policymakers debate over its size.

Bitcoin established a fresh year-to-date high at $13,863 – just a few dollars below its 2019 peak – on October 28. Later, the cryptocurrency started correcting lower on a renewed selling sentiment near the yearly high. At its lowest post-correction, BTC/USD was trading for $12,891.

Now, many analysts expect the pair to continue its downtrend, including the pseudonymous entity as mentioned above. But, at the same time, a majority of traders believe that Bitcoin would continue trading upwards in a long run.

“[Bitcoin] rejected at 2019 high for now,” the pseudonymous analyst said. “It’s not certain that BTC gives this retest, but I’m hoping we see this pullback over the coming weeks. A trending Bitcoin could easily continue to rip with no retest. [I] wouldn’t attempt to short this, just buy the retest if it comes.“

The trade setup presented by the daytrader is in the chart below:

The image showed the trader’s anticipation of one big dip ahead. He looked at lower levels – either the ones near $12,000 or below $10,000 – as his support. There, he discussed the possibility of reaccumulating Bitcoin in preparation for a bigger upside ahead.

Even without a retest of lower levels, the analyst noted that Bitcoin would close above $16,000 in the coming sessions.

Traders with fundamental outlook argued in favor of a bullish Bitcoin outlook, as well.

Market analyst Elixium pitted the cryptocurrency against the ongoing sentiment in tech stocks earlier this week. He noted that their earnings reports, followed by their positive forward guidance about the market amid worries of more coronavirus-induced lockdowns, would benefit crypto.

Bitcoin and the stock market have mostly stayed positively correlated this year. Tech stocks account for a significant portion of the S&P 500 index.

Elixium further added traders would keep waiting for at least a $2 trillion stimulus package that would further push the Bitcoin prices higher.