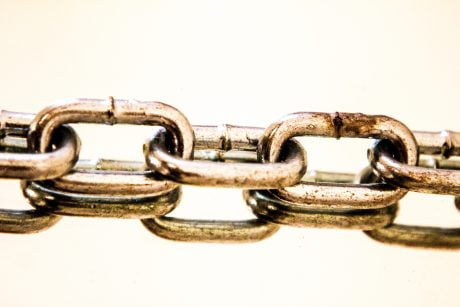 Chainlink has recovered from its recent lows and is in the process of pushing higher despite seeing a strong selloff earlier today.

The cryptocurrency’s current strength is coming about due to that seen by Bitcoin, with the benchmark cryptocurrency also pushing higher as bulls try to reverse the recent weakness it has seen as a result of yesterday’s $13,800 rejection.

If Bitcoin continues pushing higher, it could create tailwinds for altcoins that also helps lead Chainlink higher in the days and weeks ahead.

The next key price level that it needs to surmount to post further gains is $12.00, as this was a previous resistance level that it was trying to flip into support earlier this week.

One analyst is still noting that LINK could be poised to see some serious near-term downside, stating that Bitcoin’s recent weakness could cause it to dive lower.

That being said, the slight strength expressed by the benchmark cryptocurrency throughout the morning could be enough to invalidate this sentiment and send it rocketing higher.

Chainlink Bounces from Daily Lows But Struggles to Gain Momentum

At the time of writing, Chainlink is trading up just over 1% at its current price of $11.55. This marks a notable climb from its recent lows of $11.20 that were set just a few hours ago.

Its ongoing upswing has come about in tandem with that seen by Bitcoin, as the benchmark crypto is currently vying to break above $13,500.

Where BTC trends next will likely have a massive impact on altcoins like Chainlink, and any continued weakness could spark a brutal selloff as investors rotate out of “high beta” assets like LINK.

Why This Trader Thinks LINK Could Soon Dive Lower

One trader explained in a recent tweet that he believes Chainlink could soon “dumpster dive” if Bitcoin shows signs of weakness in the near-term.

“Looking at Link as a high R/R short hedge against a potential BTC top. I think if BTC drops down to low 13ks again then link will dumpster dive with it.” When BTC declines, altcoins like Chainlink tend to underperform it, as traders short them more aggressively to maximize the profitability of a market-wide downturn.

This means that Chainlink’s near-term fate rests solely in the hands of Bitcoin, which could end up being a positive thing in the near-term.