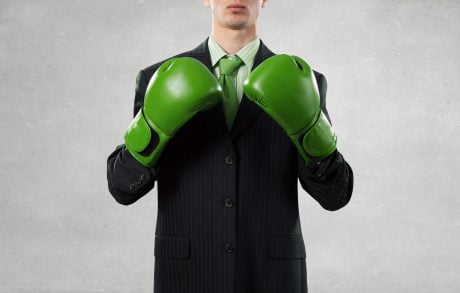 The DeFi trend is finally dying down, and it has left even the once hottest and most hyped coins reeling in the wake. Yearn.Finance, for example, was once trading at over $40,000 and four times the price of Bitcoin. Now, it could be headed for just half a BTC per YFI token, where one career trader claims the altcoin will be a “strong buy.”

Here’s how the once piping hot DeFi token might get there.

Yearn.Finance Carnage Continues, But Will Make An Ideal HODL Eventually

Yearn.Finance was one of the hottest tokens of the summer of DeFi. FOMO only recently began to fizzle as the summer’s sizzle started to cool off, and investors began to worry about the upcoming election and began moving profits into the now trending Bitcoin.

The token that was once worth four times as much as one full BTC, is now trading nearly on par with the leading cryptocurrency by market cap. In fact, the DeFi coin with a 30,000 token supply that was previously worth over $40,000, is now trading $2,000 below Bitcoin, and it could fall much lower, according to career trader Bob Loukas.

Loukas shares his calls and ideas on crypto Twitter, and today posted a chart of YFIUSD that shows the ominous head and shoulders top that anyone who is interested in the asset at all should have seen by now. Except rather than talking trash about the falling Yearn.Finance, he says it’s a “strong buy.’

The only problem with Loukas’ statement is that the strong buy occurs when the token trades at $7,000 per YFI.

After the high of $44,000, Yearn.Finance plummeted to the current low of $9,600 but is now trading around $11,200. The DeFi token’s volatility makes Bitcoin seem like a smooth-riding Cadillac compared to a beaten-down destruction derby car.

The peak to the neckline of the head and shoulders structure that acted as the top of the uptrend measured as a 52% collapse. After the neckline was broken, YFI went crashing lower by another 52%.

When assets reverse, they tend to reach around 50% – also the 0.5 Fibonacci level – of the previous advance before another leg down.

The current reversal and break out from a potential falling wedge pattern could take Yearn.Finance 50% of the way, or potentially all the way back to the neckline. If the DeFi coin falls back from the halfway point, another 52% decline would fall exactly where Bob Loukas points to as a “strong buy” for YFI.