Ethereum Approaches “Do or Die” Level Against BTC, Analyst Claims 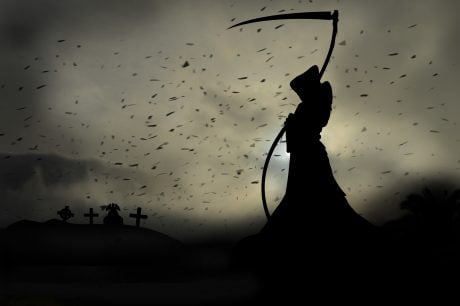 Ethereum spent most of 2020 outperforming Bitcoin by a large margin, thanks to the burning hot DeFi trend and the related tokens’ reliance on the second-ranked crypto asset.

But since things have reversed and Bitcoin has gone on its own individual run, on the ETHBTC trading pair, Ethereum has reached a point of “do or die” according to one crypto analyst. Here are the key levels and factors to look for in the weeks ahead to see if the top altcoin was able to withstand the force of a BTC bull run, or if it gets chewed up and spit out as Bitcoin has done so recently.

Ethereum Approaches Do Or Die Level Against On BTC Trading Pair

Bitcoin has been surging for the last few weeks while altcoins have struggled to come anywhere near close to the top crypto asset’s bullish momentum.

A surge of buying after a key breakout combined with sudden PayPal support and a massive increase of corporations adding BTC to their treasure reserves.

With so little BTC supply to go around, the buying has resulted in an explosive move. And with Bitcoin potentially heading off onto a new bull run, crypto investors have been dumping their altcoins and FOMO buying the leading cryptocurrency by market cap.

It has even put a major damper on Ethereum, which spent the rest of the year outperforming Bitcoin by a mile. But with DeFi floundering itself, there’s nothing left to prop up the top altcoin any longer. And its left Ethereum on the ropes against Bitcoin, and at a “do or die” level on the ETHBTC pair. According to a crypto analyst and their interpretation of the ETHBTC chart, the top altcoin is facing a “do or die” level against Bitcoin.

If Ethereum falls further, the altcoin could dive on the USD pair, while Bitcoin keeps on racing toward all-time highs. Other crypto analysts have called for such a scenario to play out any day, and the theory is presently being proven correct.

BTC dominance, a crucial metric weighing Bitcoin against the rest of the crypto market cap, also points to prolonged altcoin weakness against the most dominant crypto.

Unfortunately for Ethereum, most takes suggest that the altcoin will choose “die” against Bitcoin for the rest of the year, but in early 2021, the altcoin season that follows will be something not to be missed.