Should History Repeat, the Bitcoin Price Is About to Go Parabolic 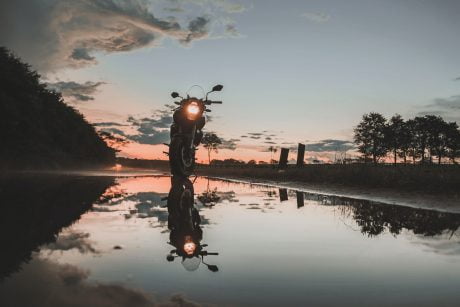 Bitcoin has undergone a 25% rally over the past two weeks as buying pressure in the digital asset market has heated up. The leading cryptocurrency currently trades for $13,800, far above the $9,800 lows seen in September.

Analysts think that Bitcoin has room to extend to the upside in the months ahead. One crypto-asset chartist shared a chart on November 1st indicating that a pivotal macro technical indicator shows Bitcoin may soon go parabolic.

While few noticed, Bitcoin’s rally off the September lows was a notable one.

As the chart below shows, the rally meant that BTC managed to hold a pivotal technical level, the 200-week Kijun Sen line of the Ichimoku Cloud.

The trader that shared the chart below noted that Bitcoin rallying off the Kijun Sen makes the recent price action look eerily similar to that seen prior to the exponential rally seen in 2017:

“BTC weekly: Price action looks similar to the last cycle around the 200 period Kijun Sen, just prior to the bull run. This time?” 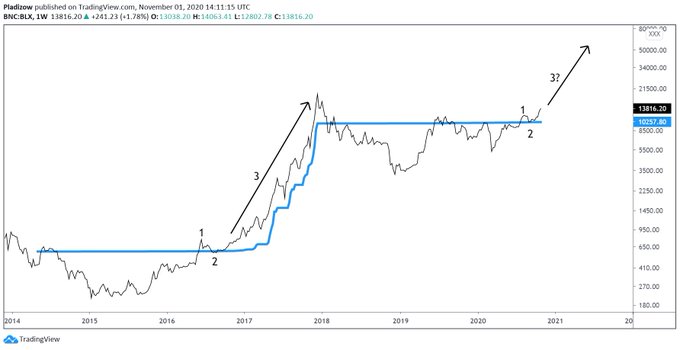 Bitcoin’s recent rally is also of technical importance because it has brought the cryptocurrency above a number of key technical resistance levels. The week before last, for instance, Bitcoin closed its weekly candle above the $12,000 resistance. $12,000 held as a resistance on a weekly level during 2019’s rally, along with the relief rally at the start of 2018.

Driving this Bitcoin explosion higher is institutional investment and the inflation narrative playing out right now, according to Matt Hougan of Bitwise. He told the WSJ:

“You had all these rails for institutional capital to come in,” said Matthew Hougan, chief investment officer at BitWise Asset Management. “Then you had the sharp catalyst: the response to the pandemic and concerns about inflation.”

The leading cryptocurrency is set to break new all-time highs in 2020 according to leading analysts.