Bitcoin’s Retrace Could Inject Fuel into the Altcoin Market, Igniting a Rally 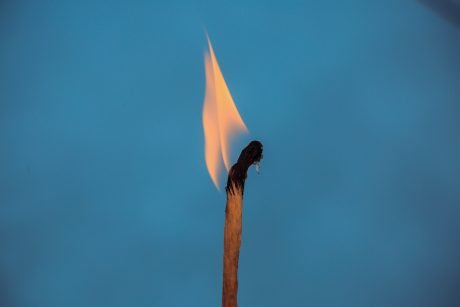 Bitcoin is currently in the process of retracing following a rejection at highs of $14,100 that were set this past week.

Although bulls had found stability around $13,800 following the rally to these highs, they have not been able to guard against massive inflows of selling pressure that has come about throughout the past few hours.

This selling pressure has been quite significant and may continue mounting if the crypto cannot post a strong defense of the lower-$13,000 region.

One analyst is now noting that November could be the month during which altcoins can regain some of their momentum.

He believes that a confluence of Bitcoin’s declining dominance seen over the past day, coupled with the bulk of most major altcoins currently trading at their high time frame support levels, seems to indicate that upside is imminent.

That being said, his reasoning also hinges on Ethereum rallying first, although it is continuing to show heightened signs of weakness following an overnight rejection at $400.

This is around where it has been trading throughout the past couple of weeks, but the multiple rejections posted at $13,800 do seem to spell some trouble for its near-term outlook.

Where it trends in the near-term may largely depend on its continued reaction to the latest rejection at this level.

Any break below $13,000 could lead to serious losses that potentially invalidate its short-term strength.

Altcoins Could Benefit from BTC Retrace

One analyst believes that embattled altcoins could see their next wave of growth sparked by this latest Bitcoin price decline.

He contends that capital will flow away from Bitcoin and into Ethereum, which will subsequently be directed to altcoins.

He claims this possibility is boosted by the fact that many altcoins are now hovering above high time frame support levels.

“The usual flow of capital. BTC > ETH > ALTS. This the month ahead will be really good for a majority of the markets, pairings against BTC are at HTF supports and dominance is dropping. Also some major projects will be listing, November going to be a great month.”

If this trend does play out, it will require that Bitcoin’s price finds some stability and slows the slight decline it is currently facing.