Chainlink Could Soon Rally Towards $13.60 as Bulls Build Strong Support 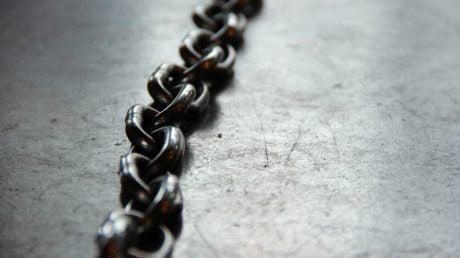 Chainlink has been closely tracking Ethereum’s price action as of late, with investors trading altcoins like LINK largely based on the movements seen by ETH.

This has made ETH essentially a benchmark index for altcoins, with its overnight plunge following an attempted rally yesterday striking a blow to many alts – including LINK.

Despite this, Chainlink’s bull case remains incredibly strong regardless of where ETH trends in the near-term.

It is currently trading just above a strong base of support that has been holding strong throughout the past week.

If buyers continue defending against a break below this price region, it could see an even stronger rally than the one posted yesterday.

One analyst is now noting that a move towards the upper-$13.00 region could be right around the corner, saying that the token’s technical strength has been growing over the past few days and weeks.

This rally would mark a serious breakout and potentially place a move back to its all-time highs of $20.00 back on the table.

At the time of writing, Chainlink is trading down over 5% at its current price of $10.90. This marks a notable decline from its daily highs of $11.70 that were set yesterday afternoon in tandem with Ethereum’s rally to $404.

The sharp decline seen by Bitcoin that sent it to the lower-$13,000 region created headwinds that proved to be too strong for altcoins to resistance, causing them to lose the gains seen yesterday.

Until Ethereum can rebound once again, there’s a strong possibility that LINK will continue drifting lower and potentially break below its key support within the mid-$10.00 region.

While sharing his thoughts on Chainlink’s price action, one analyst explained that the strong support below where it is currently trading indicates that it may soon see a sharp rise that sends it towards $14.00.

“LINK – 3rd time’s the charm? I believe it’s mathematically impossible for my third long to not reach my target of $13.60s. Previous two longs were stopped at entry/slightly above…” Because the cryptocurrency is still trading above its key support in the upper-$10.00 region following the overnight decline, this trader’s thesis remains valid.

That said, it must begin pushing higher, or else bears could start building strength.