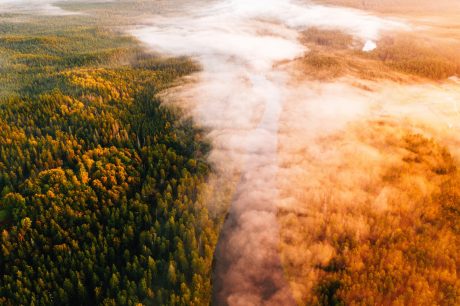 Ethereum has finally begun to push higher as Bitcoin has consolidated in the high-$13,000s. The price of the leading altcoin recently hit $400, the highest price in a number of days despite BTC pushing to new year-to-date highs.

Ethereum currently trades slightly below $400 having undergone a slight retracement after tapping that pivotal technical level. In the past 24 hours, ETH is up 3%, making it one of the best performing digital assets in the top 20 by market capitalization.

Analysts think that the cryptocurrency could move even higher in the days and weeks ahead. ETH reclaiming the high-$300s as support will be important for the bull case moving forward.

Analysts are responding positively to this latest price action.

One trader shared the chart below, noting that Ethereum’s recent price action has been important for two reasons: ETH has held $370 and it has recently crossed above the $395 technical resistance. Simple analysis indicates that the cryptocurrency will move toward $412 from here, which will trigger an even greater rally if that level is beaten by bulls.

Other analysts have echoed this optimism, largely pointing to the chart of Ethereum’s price action against Bitcoin. The chart shows that the trading pair has reached an important bullish turning point. Should Bitcoin hold here or even push higher, the ETH/BTC pair rallying will mean Ethereum surges massively against the U.S. dollar.

Despite the technical case that Ethereum may tout, there are some that fear Bitcoin could soon drop. Such a correction would put a stop to a recovery in the price of ETH.

On Bitcoin’s recent price action, one analyst said that there are at least four key reasons why a correction is more likely than a move past $14,000. They are as follows:

Should Bitcoin drop, Ethereum is unlikely to rally. In fact, some fear that altcoins may strongly underperform Bitcoin on a move lower.