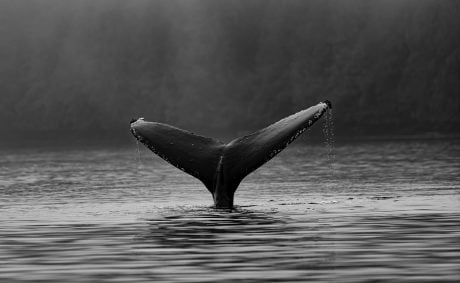 Ethereum faced an intense selloff yesterday that erased all of the gains that had come about due to its recent rally up towards $400.

This rally was a sign of strength following a prolonged period of ETH seeing sideways trading while Bitcoin rallied. The break above $400 also held some technical significance, but the rejection here erased all the bullishness signs that had emerged.

There were likely two primary factors behind the strong selloff seen after it broke above $400, including Bitcoin’s rejection at $13,800, as well as a massive influx of ETH onto crypto exchanges that appears to have been promptly sold.

According to one analytics platform, a total of 8,170 Ethereum was moved onto exchanges, with this being the likely impetus of the selloff.

That being said, the crypto’s buyers were able to absorb the bulk of these orders and have since allowed it to stabilize above $380.

Any further large sell orders from so-called “whales” could shatter this support and cause its price to reel significantly lower in the days and weeks ahead.

At the time of writing, Ethereum is trading down just under 3% at its current price of $386. This is around where it has been trading throughout the past few days and weeks.

Yesterday, buyers attempted to spark a rally when they sent its price surging past $400, but this move was incredibly fleeting and followed by intense downside.

This decline came about in tandem with that seen by Bitcoin, as the benchmark cryptocurrency plunged from $13,800 to lows of $13,300 before rebounding slightly.

Bitcoin’s decline doesn’t appear to be the only thing that sparked this latest Ethereum selloff, as one analytics firm explained that a total of 8,170 ETH were moved by whales onto exchanges just before the selloff took place.

This indicates that their sell orders are what sparked the move back below $400.

“ETH Exchange Inflow Mean for all exchanges hit 8,170 before the drop… It seems that whales deposited ETH to exchanges to sell some coins. The average amount of deposits hit 8,170 ETH in the block time frame.” Unless there’s another influx of large sell-side pressure, there’s a decent chance that it will regain its momentum and push higher in the near-term, as it has been expressing some subtle signs of strength against Bitcoin.