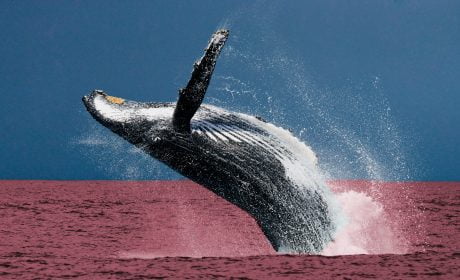 An Ethereum whale dumping as much as 4,000 ETH on Binance this morning might have been responsible for kickstarting the crypto market downturn.

How deep could the correction in Ethereum get, after such a substantial rally all throughout 2020?

Late US President John F. Kennedy famously said a “rising tide lifts all boats.” It was the DeFi trend that helped to bring Ethereum to new highs in 2020 before Bitcoin.

And more recently, although BTC ratios on major altcoins have taken a beating, it has been Bitcoin’s rally that has helped keep Ethereum and other top alts from completely collapsing.

But that doesn’t mean that a serious enough selloff in altcoins, couldn’t turn the tide in Bitcoin also.

A large enough whale, capable of moving markets with a big splash of a sell order, did just that and sent the crypto market downward after days of uptrend on the back of a bullish Bitcoin.

According to CoinMetrics data, a whale on Binance decided to choose overnight this morning to drop 4,000 ETH into the market, when liquidity was the driest.

Ethereum has had a breakout 2020, beating Bitcoin by a large margin, and even after some short-term decline is up well over 180% year-to-date.

The altcoin ballooned all year long due to the strength of the DeFi trend, which only recently began to wane itself. The momentum shifted toward Bitcoin, which has only crushed alts further.

Now, with Bitcoin potentially teetering thanks to the wave across crypto kicked off by this Ethereum whale, the entire market could come crashing down hard without the boat to cause the rising tide that Kennedy spoke of.

Instead, a drain-like effect could flush out 2020 returns, especially during a time when risk is the highest with an election coming to a conclusion within mere hours.

A sharp selloff, however, could prompt a retest of support turned resistance, which acted as a key level for Ethereum all throughout the bear market.

A first rising wedge sent Ethereum down to test the red line as support, and on the next try, it made it through starting a bear trend. A second rising wedge topped out at the red line, while the third was able to push through it at the mid-point.

The bull trend has been back on since the top-ranked altcoin got back above the red line, but now it must come back down to confirm that the bearish days are over for the crypto market, and never again will Ethereum trade below $250 support.