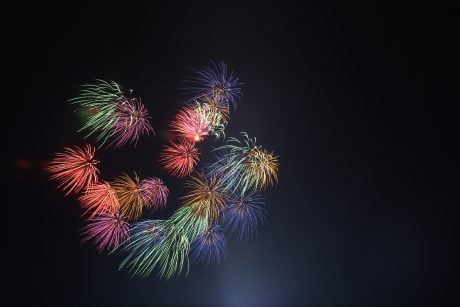 Bitcoin has been caught within one of the strongest and longest-lasting uptrends seen since late-2017, with the cryptocurrency rallying to highs of $15,300 today while showing few signs of slowing down anytime soon.

This uptrend’s intensity comes as the global markets breathe a sigh of relief as the elections in the U.S. begin winding down. Although the results remain unknown, the balance of the House and Senate is widely expected to make the next four years relatively uneventful regardless of who wins the Presidency.

The cryptocurrency is now just a stone’s throw away from its all-time highs of roughly $20,000 set in late-2017.

Analysts note that the lack of any serious high time frame resistance above $16,000, tempered sentiment amongst investors, and lack of retail inflows are all incredibly encouraging signs.

One trader contends that this will undoubtedly allow the cryptocurrency to see significantly further upside in the months ahead.

At the time of writing, Bitcoin is trading up nearly 7% at its current price of $15,100. This is around where it has been trading throughout the past few hours.

It was able to rally as high as $15,300 earlier this morning before it lost its momentum and began reeling lower.

This selling pressure hasn’t been strong enough to spark any firm reversal, as the crypto remains relatively strong as buyers try to defend against a break below $15,000.

If this level can be transformed into support, it could give bulls a launchpad for further gains.

The next major resistance level it faces sits between $15,700 and $16,000. Once this region is broken above, it will see some serious upside that potentially leads it to all-time highs.

Trader: Lack of Retail Interest in BTC an Ultra-Bullish Sign

One trend that could signal this Bitcoin rally has immense room for growth is the lack of retail investors entering the market.

This shows that there is serious dry powder that could soon flood in and send Bitcoin significantly higher.

“BTC just did 50% in less than 2 months, almost 300% since March. No normies yet, no serious HTF resistance outside of 16k. Ngl the silence is encouraging. And the longer this continues, the higher this next cycle is going to reach,” one analyst stated.

Although Bitcoin may eventually see a pullback as traders take profits off the table, there’s a strong possibility that further upside is imminent.