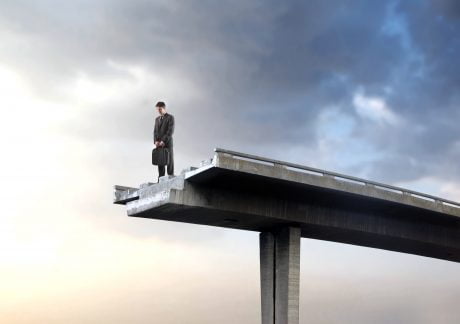 Chainlink is now trading at half of the price it was at just months ago, after entering price discovery mode and setting new high after high.

If the once-unstoppable altcoin cannot close this week’s candle above $11 per LINK token, then its price could sink a lot further instead.

Why Chainlink’s Weekly Close Is Its Most Crucial Yet

Chainlink’s 2020 has been even brighter than it has been for Bitcoin or Ethereum by far. Even after dropping more than 50% from highs, the altcoin still has over 400% ROI to show for its year-to-date climb.

Even a dive to $1 on Black Thursday was bought up with extreme fury, and the rebound effect in part helped propel Chainlink to a new peak after peak throughout the year.

After touching $20, however, things came crashing down, and the altcoin has been left reeling since. Several attempts to return to highs have been swatted down, even with Bitcoin is as bullish as can be.

Now, Chainlink is back trading at just $10 and is on the cusp of an especially critical weekly close that could send the altcoin downward spiraling further.

The decentralized oracle altcoin losing the middle Bollinger Band could be deadly | Source: LINKUSDT on TradingView.com

LINKUSDT Could Fall Another 40% From Current Levels

As pictured above, LINKUSDT has begun to break down below the middle-line moving average on the Bollinger Bands technical analysis indicator.

A candle close through the middle-BB either way, is considered a buy or sell signal, and a large move often results. Note in the chart above, the candle close above the middle-line is what sent Chainlink into overdrive in 2020.

The tool has been so effective at acting as a sell signal for LINKUSDT in the past on weekly timeframes, that out of five prior times the asset closed below, it resulted in an on average decline of 43%. Corrections range from 20% to 70%, putting 43% just about right smack in between the two stats.

A 43% fall from here, would put Chainlink at about $6, which was the last touch of support before the altcoin took off on a parabolic rise to $20.

Some analysts claim that parabola isn’t over, but even $6 might not be the final bottom if they are wrong. According to experts such as Peter Brandt, who accurately called Bitcoin’s 84% decline a year in advance, claim that any asset that loses such a powerful trajectory is bound to decline by nearly as much.

A full 84% retracement in Chainlink, just like Bitcoin did, would take it to $3. Falling 90% or more as other altcoins have would bring the cryptocurrency back to a buck and a half per LINK.

While that might sound shocking for such a promising cryptocurrency, remember, all cryptocurrencies have experienced such drawdowns in their lifetimes. Except for maybe Chainlink – why will it be any different?