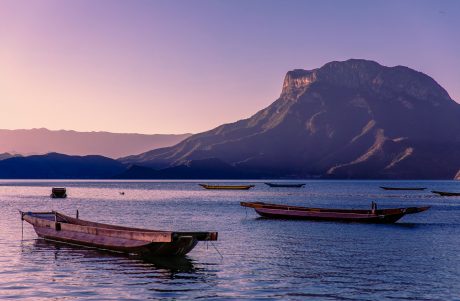 Yearn.finance (YFI) and other DeFi coins capitulated on Thursday after a 70% correction. Most coins pertaining to this space lost 10-20% in the span of a single day, plunging as Bitcoin sucked all the air out of the room.

At the lows, YFI was down some 80% from its $44,000 all-time high, set just two months ago. It was one of the worst-performing DeFi large caps, presumably due to the amount of short selling that took place.

YFI is bouncing back, though, at long last. The Yearn.finance coin has gained $2,500 in the past 24 hours as there seems to be a sense of accumulation amongst investors.

It also appears that capital is cycling from Bitcoin, which rallied $2,000 yesterday, into altcoins. BTC was outperforming altcoins on the way up, but since it has begun consolidation, this has changed.

YFI is exploding higher after a brutal correction. The coin is up $2,500 in the past 24 hours alone as buying volume finally appears for top DeFi coins.

It appears that the strength of Yearn.finance’s move higher is a result of a short squeeze taking place on-chain. A user that borrowed $3 million worth of YFI to short it via Aave, a decentralized money market, has had to pay back the loan as he nears liquidation.

DeFi Bottom Not In?

Not everyone is convinced that the DeFi bottom is in, though.

Qiao Wang, a prominent analyst that has been following DeFi for a while, said:

“I constantly update my views and unfortunately it looks like there’s going to be more pain in DeFi. Originally I thought we won’t see a 80-90% crash which is typical of alts because of the level of sophistication of DeFi investors but that thesis is being invalidated.”

This has been echoed by other players in the space, who note that Bitcoin is likely to explode higher and leave altcoins behind for the time being. The leading cryptocurrency’s rally has focused all attention and capital away from altcoins.