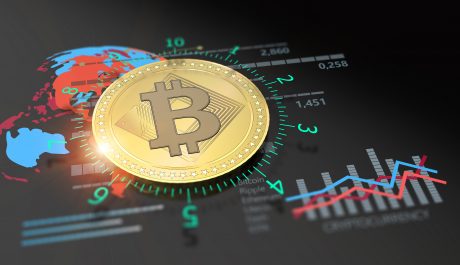 Bitcoin still has some room to climb before setting a new all-time high in the price per BTC. However, the current market cap of Bitcoin is now currently larger and more valuable than it was back when the cryptocurrency traded higher.

Here’s an explanation of how the leading cryptocurrency by market cap set a new record before a new peak price was set.

Last night, Bitcoin price spiked to well over $18,000, potentially putting in a short-term peak after a breathtaking eight-week rally, each new week adding another $1,000 to the asset’s price.

As the price per BTC is traded and buyers and sellers attempt to establish a fair market price, whatever the cryptocurrency trades at multiplied the supply of coins provides the total asset’s market capitalization.

Bitcoin holding stong above a $200 billion market cap throughout the bear market, is one of the key reasons MicroStrategy CEO Michael Saylor chose the cryptocurrency to store his company’s excess treasury reserves. His bet paid off well, and the capital has grown enormously since the buy was coordinated.

Since the buy was made, Bitcoin’s market cap has ballooned to over $330 billion, setting a new all-time high. The price per BTC hasn’t set a new record just yet, but because the circulating supply has increased by over one million BTC over the last year due to the block reward miners receive. The lower price yet higher supply still resulted in a larger market cap for the top cryptocurrency.

How The Cryptocurrency’s Market Cap Compares At $330 Billion USD

Bitcoin is the most dominant cryptocurrency in the space, taking up as much as 67% currently of the nearly $500 billion total crypto market cap.

Ethereum is next in line with $50 billion, and the size of the cap shrinks the further you go down the list. The last-ranked coin in the top ten, Cardano, only captures just 1% of Bitcoin’s capital allocation.

At a market cap of $330 billion, Bitcoin is now more than $100 billion more valuable than payments giant PayPal – the company that recently announced support for crypto, igniting the bull market.

The cryptocurrency is also larger than  Comcast, Coca-Cola, Verizon, Disney, and Home Depot. It is creeping up right behind tech firm Nvidia, which makes GPUs that are often used for cryptocurrency mining.

Above Nvidia, is Mastercard, and slightly higher up on the list is JP Morgan Chase, whose very own CEO Jamie Dimon has been one of the cryptocurrency’s biggest enemies over the years.

Bitcoin has already overtaken Bank of America, and it should serve as a shining example that these archaic institutions are no longer needed, and a decentralized world of digital finance is the way of the future.