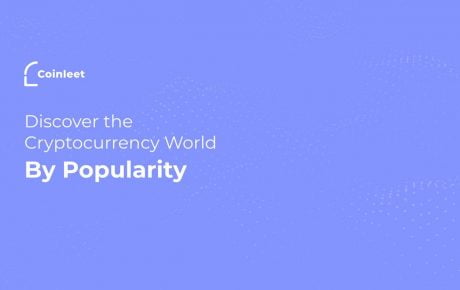 It is a known fact that data can be represented in multiple ways, but that doesn’t mean users will always find it useful. It is the same case with most of the cryptocurrency pricing and ranking websites, as they tend to list the top cryptos based on market capitalization or trading volumes rather than popularity. By doing so, they fail to paint an accurate picture and even end up depriving unsuspecting users of potential opportunities to acquire certain assets or profit from it.

For example, one quick glance at platforms like CoinMarketCap or CoinGecko shows Bitcoin as the leading cryptocurrency, which even though not wrong misses out on the current popular cryptocurrency – Uniswap. CoinLeet recognizes the flaw in traditional ranking models used in the crypto industry and has come up with a solution.

A new entrant into the industry, CoinLeet is a cryptocurrency market ranking service that uses a special social-inspired algorithm to paint a more accurate, near real-time picture of the cryptocurrency market. Its ranking is not just limited to cryptocurrencies, but also exchanges, news websites and other crypto-related platforms. The ranking mechanism used by CoinLeet is quite similar to that of search engines making it a lot more efficient than its counterparts.

How Does One Benefit from CoinLeet?

The cryptocurrency industry is evolving fast, churning out a lot of new tokens every other day. Some of these have a huge potential, while the rest never make the cut. Recognizing the hidden gems early on makes it worthwhile for investors over the long term as they can buy into before its price hits the roof.

Imagine buying $100 worth of Bitcoin in late 2010 when the price was a bit over $0.1 and holding on to it. At today’s price, the decade-old investment would have been anywhere around $18 million. CoinLeet, with its accurate depiction of different altcoins’ popularity makes it very much possible.