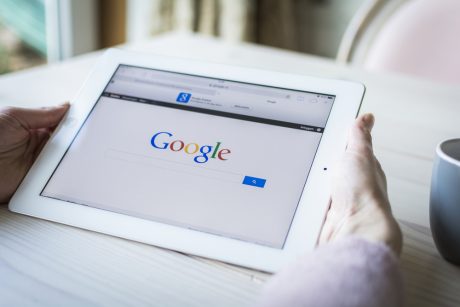 Queries on Google for Bitcoin reached its highest level alongside its spot price.

As of this week, Google Trends, a metric to measure general interest in trending topics, returned a value of 100 for the US search query for the keyword ‘Bitcoin.’ That is more than three times higher than the value of 30 observed in late September-early October 2020 session on a 12-month timeframe.

Meanwhile, the same keyword’s worldwide trend was 94, still three times higher than its score of 33 in early October 2020.

The internet search volume increased after Bitcoin established an all-time high of $19,915 on Monday (data from Coinbase). Its record came as a part of a rally that witnessed the Bitcoin price rising by more than 400 percent from its mid-March nadir of $3,858.

That also marked the second time Bitcoin came very near to testing the $20,000 since the frenzy of December 2017. Back then, the Google Trend global score for ‘bitcoin’ has topped at 100 on a five-year timeframe. But this time, the trend maxed out at 24 — still the best level since June 2019.

Crypto market analyst Jebb McAfee looked at the difference as a bullish sign, stating that an underscored Google trend attached with a record high Bitcoin price showed that the cryptocurrency had more room to grow higher. The data may validate that institutional investors are driving the Bitcoin prices upward.

Several firms, including MicroStrategy, Cypherphunk Holdings, Square, and others have replaced a good portion of their cash reserves with Bitcoin. Their decision came in the wake of the Federal Reserve’s infinite bond-buying and ultralow interest rate policies that removed shine off short-term government debts and the US dollar itself.

Meanwhile, their fears of long-term inflation made Bitcoin look like an appealing asset thanks to its limited supply.

“In a world where you’ve got $90 trillion worth of equity market cap and God knows how many trillions of fiat currency, etcetera…it’s the wrong market cap, for instance, relative to gold, which is $8 or $9 trillion,” said billionaire investor Paul Tudor Jones.