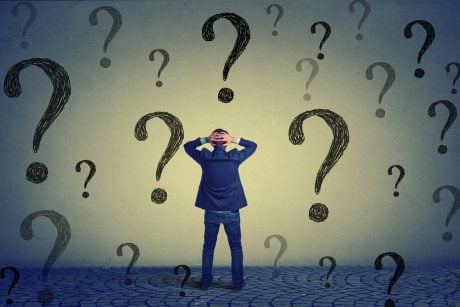 Earlier this week, the Ripple CEO Brad Garlinghouse said the SEC intends to file charges against the San Francisco-based fintech giant. This was an unusual move in that it’s typical for regulators to go public first.

Ripple was unsure when the SEC would announce the news. But as sure as night follows day, the SEC has now posted a press release on the matter detailing the nature of their complaint.

They allege Ripple, its co-founder Chris Larsen, and Brad Garlinghouse raised over $1.3 billion by selling an unregistered asset.

The SEC also claims Larsen and Garlinghouse personally benefited from unregistered XRP sales to the tune of $600 million.

“in addition to structuring and promoting the XRP sales used to finance the company’s business, Larsen and Garlinghouse also effected personal unregistered sales of XRP totaling approximately $600 million. The complaint alleges that the defendants failed to register their offers and sales of XRP or satisfy any exemption from registration, in violation of the registration provisions of the federal securities laws.”

Social media is presently full of speculation as to where Ripple goes from here.

With so much uncertainty about Ripple’s future, XRP is suffering a catastrophic dump as a result.

Analysis of the chart shows incredible sell pressure, which has tanked the price to near pre Spark airdrop levels. A break of the $0.40 support level today has analysts expecting a further decline.

What’s more, XRP’s market cap has lost 54% since its late November peak. This is enough for Tether to retake the third spot on CoinMarketCap.

In response to the SEC allegations, Garlinghouse made public an internal note sent to employees. In it, he touches on several points, including a summary of the counter-arguments.

He also gives a heads up that the SEC will enact a smear campaign against Ripple, Chris Larsen, and himself.

“You should also know and expect that the SEC will likely do everything they can to paint Ripple, Chris and me in the worst possible light – quotes could be taken out of context, personal details may be shared, etc.”

But most intriguing of all, Garlinghouse spoke about being offered the option of settling with the SEC. However, given his conviction that XRP is not a security and his confidence in winning the case, he elected to fight instead of settle.

“Chris and I had the option to settle separately. We could do that, and it would all be behind us. NOT happening. That’s how confident Chris and I are that we are right. We will aggressively fight – and prove our case – through this case we will get clear rules of the road for the industry here in the U.S. We are not only on the right side of the law, but we will be on the right side of history.”

If true, this represents a high-risk strategy for Ripple. But perhaps Garlinghouse feels this is his chance to jolt the U.S. crypto industry forward.

The question is, at what cost will this come?