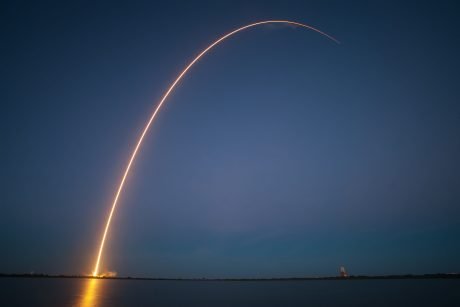 Bitcoin’s volatility as of late has led the market to see some immense turbulence over the past week, which has primarily favored bears.

However, BTC is now reversing its recent losses and may be on the cusp of continuing its parabolic uptrend, which could mean that this latest dip was simply a final shakeout for over-leveraged investors.

One trader is now closely watching Bitcoin’s reaction to its 200-day moving average.

He notes that this level has become resistance and that a flip above it would be technically significant.

Bitcoin and the entire crypto market saw a few sharp selloffs over the past couple of days, which reached a boiling point yesterday evening when investor capitulation sparked a massive decline that sent it to $28,000.

It has since erased these losses and is in the process of reversing this downtrend. At the time of writing, the crypto is trading up 6% at its current price of $32,600.

So long as bulls maintain this momentum, there’s a strong possibility that the market will continue climbing higher in the days ahead.

BTC Must Flip 200-day Moving Average Back to Support

The 200-day moving average has long been a key level for Bitcoin, often playing the role of support and resistance.

Overnight, this level was broken below for the first time in months, and bulls are now trying to flip it back into support, as one analyst explained:

“The cloud has been supporting the price since 10,000$ and it is being tested as resistance for the first time now. This is where bulls want to see a bounce, the 200ema is not a pretty resistance to have.”

Unless Bitcoin faces a torrent of selling pressure that reverses this rebound, there’s a strong possibility that bulls will continue regaining control of the cryptocurrency’s price action.