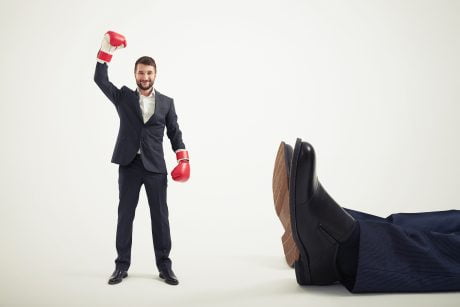 Ethereum only just broke its former all-time high, while Bitcoin left took that record back in 2020. However, an investment in the top-ranked altcoin at any point since the 2018 bottom, has resulted in a much higher higher ROI than an equal part USD investment in BTC.

Why does this incredible over-performance exist? And will it continue into the future, or is it time for a reversal in the trend?

Bitcoin’s highly-publicized meteoric rise in 2017 helped drive interest in other altcoins like Ethereum, Litecoin, and XRP. Ethereum had a secondary benefit of being the foundation of which many other notable altcoins at the time were being built on, further causing FOMO for the second-ranked crypto asset.

As strong as Bitcoin performed, altcoins surpassed the shocking ROI by miles. But when the bubble popped, Bitcoin, Ethereum, and the rest of altcoins came crashing down.

Another popular quote, “the bigger they are, the harder they fall,” then came into play. Altcoins that soared tens to hundreds times higher than Bitcoin did, crashed as much as 99% while the top cryptocurrency managed to retain more with only an 84% fall.

And it is because the recovery has been so much longer in Ethereum that it has resulted in the altcoin outperforming Bitcoin for the last few years straight.

Ethereum And Altcoins Could Be More Profitable Short-Term, Here’s Why

According to one crypto analyst, buying Ethereum at any point 2019 and on, would have resulted in a stronger USD return than an equal investment in Bitcoin.

The statement is, however, true starting with the low put in around 2018. From December 2018 on, any investment Ethereum would have performed vastly better than BTC held until now.

During the same timeframe, Ethereum has risen 1700%, while Bitcoin has only grown a little over two-thirds of that at 1000% ROI.

Having so much more to recover, and a market far less liquid and a lower market cap, has resulted in the money coming in moving Ethereum much further than each BTC.

Technicals suggest that this trend is set to continue for some time. And if the next altcoin season is anything like the last, even though Bitcoin will blast off to shocking record prices, the most wealth could be made by investing in the underdogs instead.