DeFi Grows to an Avalanche with Zero Exchange 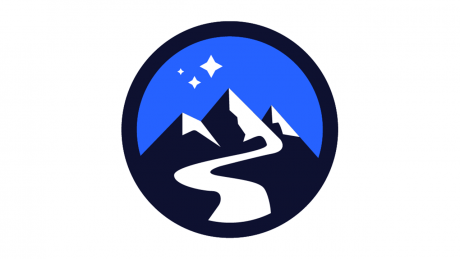 Decentralized Exchanges have had an interesting and brief history. EtherDelta, Uniswap, 1inch, SushiSwap and now Zero Exchange. And this DeFi wave keeps growing, EtherDelta at its peak had 241 different tokens being traded, Uniswap has a $5B market cap, and after 4 weeks since announcing, Zero Exchange has already attracted over $60M in volume and 8000 users before even launching mainnet.

Zero Exchange has emerged as the next Decentralized Exchange following Uniswap but without the transaction fees. Powered by the Avalanche network’s low fee, fast finality blockchain, Zero Exchange uses Chainsafe’s Chainbridge solution to make this all possible.

As the first Decentralized Exchange on Avalanche blockchain, Zero promises an end to the ever-increasing fee problem currently experienced by traders on Uniswap and Sushiswap – the two biggest DEX’s currently in DeFi, both plagued by Ethereum’s growing transaction fees.

Traders are moving from Uniswap and Sushiwap in waves, driven by the ‘no-fee’ approach to Zero Exchange and its familiar UI. Volume has grown exponentially reflecting the simplicity of swapping one cryptocurrency for another.

The community response has been positive, “every trade on Uniswap costs $30 in fees,” which is said to be the most common reason users have been switching to Zero.

Liquidity for the decentralized exchange is crowd-sourced, users stake their coins into a virtual pool that is managed by a smart contract. With Zero Exchange they earn up to 29,000% APY (variable) according to Zero’s Liquidity Mining Program which lets people add their $ZERO and $AVAX to the pool as a form of passive income generation. After reward incentives close, Liquidity Providers are entitled to the 0.3% swap fee that has enabled many users to double-dip into the ETH and AVAX pool with compounding.

The team behind Zero Exchange is anonymous as well as the identities of their relayers (the nodes that make the cross-chain swap possible). When asked about the reason for the anonymity, a representative for the Zero team stated,” We feel that at this point in DeFi, the DEX needs to speak for itself.”

Despite the questions about who is behind the project and who supports them, Zero Exchange has not raised any money. The team has funded everything out of pocket including an Ethereum airdrop for their ZERO tokens, and an AVAX airdrop to get people started on the new Avalanche blockchain.

Zero Exchange is currently the only Avalanche DEX with future plans to include stop-orders and charting for Q2 as part of its 3rd blockchain integration with Polkadot. We will continue following this story as Zero Exchange evolves into a new generation of Decentralized Exchange, with the promise of cryptocurrency swaps across three separate blockchains.