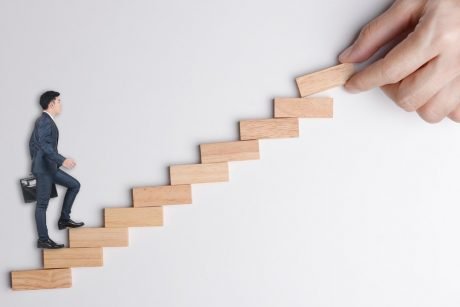 Bitcoin has been gaining massive retail and institutional adoption throughout the past few months, which has made its parabolic growth feel more sustainable than that seen in previous years.

Tesla, Square, MicroStrategy, and other major publicly traded companies have all added BTC to their balance sheets, which may create a frenzy amongst different companies to follow in their footsteps and do the same.

This intense buying pressure has helped create some underlying strength for the benchmark crypto from a technical perspective. One trader is now watching for further upside, noting that it is “up only” season.

At the time of writing, Bitcoin is trading up over 5% at its current price of $47,250. This marks a massive surge from the cryptocurrency’s recent lows of under $44,000 that were set last night.

Although BTC faced a rejection at $48,000 and has been sliding lower ever since it still appears to be technically strong, and it may only be a matter of time before the crypto breaks the $50,000 level that everyone is keenly watching.

Analyst: It’s “Up Only” for BTC Until Proven Otherwise

While sharing his thoughts on where Bitcoin might trend in the mid-term, one analyst explained that he is closely watching for further upside, with a key support level that must be maintained sitting at $41,000.

“BTC: Broke its range to the upside, now consolidating above it. Up only till proven otherwise continues. ‘Otherwise’ being a break back into the old range. Additional confluence due to the Tesla news being right below the range high making it even more important.” The coming few days should shed some serious light on where Bitcoin will trend next, as its reaction to $50,000 will be vital for determining its mid-term outlook.