Bitcoin Holds $50,000 on Global Corporate FOMO; What to Expect? 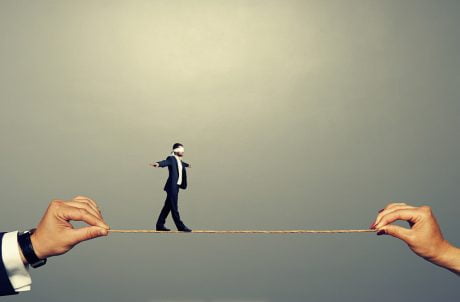 An early morning sell-off in the Bitcoin market hinted at calming down after more corporates revealed their investments into the cryptocurrency.

Meitu, renowned globally for its photo editing app, incorporated $17.9 million worth of Bitcoin and $22.1 million worth of Ether (the native cryptocurrency of the second-largest blockchain project, Ethereum) into its balance sheet.

In a press release published Sunday, the Chinese firm said it sees the two cryptocurrencies as viable diversifications to cash, reiterating the popular store-of-value narrative that propelled the Bitcoin price higher by more than 1,200 percent against a bearish US dollar. Earlier in February, US carmaker Tesla had also used the same reason for investing $1.5 billion in Bitcoin.

“Holding cash is subject to depreciation pressure due to aggressive increases in money supply by central banks globally,” the Meitu press release noted.

The cryptocurrency fell to as low as $49,238 ahead of the London morning bell, only to pare a portion of its intraday losses as the session matured. The short-term bullish revival came in the wake of the news of another corporate investing in Bitcoin.

Norwegian holding company Aker ASA announced that it is launching a new wing called Seetee AS. The firm’s press release stated that it would invest in projects and companies throughout the Bitcoin ecosystem through Seetee, for which it allotted 1,170 BTC as default capital reserves. At the current exchange rates, they are worth around $59 million.

“We will be hodlers,” said Øyvind Eriksen, President and CEO of Aker ASA.

Bitcoin was down 1.33 percent ahead of the New York opening bell despite the optimistic news.

So it appears, the cryptocurrency’s upside bias faced headwinds an ongoing sell-off in the government bond market. Of late, rising yields on long-dated US Treasuries sapped investors’ demand for pandemic winners like bitcoin, tech stocks, and gold.

On the other hand, a faster vaccination program and additional fiscal stimulus prompted investors to believe that the US economy would rebound speedily. That resulted in a capital outflow from seemingly overvalued assets to sectors that would benefit the most from the economy’s reopening. These winners include banks, energy, travel, and hospitality.

But hardcore crypto bulls remained convinced that inflation would push corporates, investors, and traders back into the Bitcoin market. Teddy Cleps, an independent analyst, stated that he expects BTC/USD to hit $60,000 in the coming sessions.