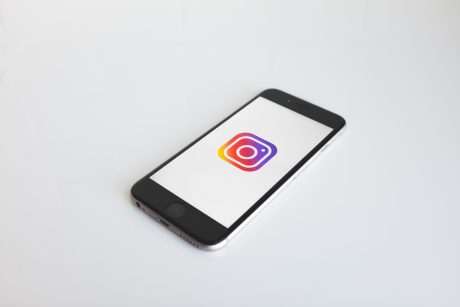 Federal prosecutors caught up with social media influencer Jay Mazini yesterday, charging him over a $2.5mn Bitcoin fraud. Mazini, whose legal name is Jebara Igbara, is alleged to have exploited his Instagram followers in a BTC for cash scheme.

“This defendant allegedly used his online popularity to defraud those seeking to exchange Bitcoin for cash above the market value. Always be on your guard and don’t fall prey to these cryptocurrency schemes.”

How Did Mazini Swindle Bitcoin From His Followers?

People who claim to have fallen victim to Mazini have come forward to detail their account of what happened. They say Mazini posted on social media platform Instagram saying he will buy Bitcoin at 5% above market rate.

Mazini is then alleged to have falsified documents confirming wire transfers in payment for the Bitcoin he received.

One victim described his experience. He said Mazini used screenshots of account balances to “prove” his legitimacy. Mazini also sent copies of his passport, presumably to further win trust. He even offered to meet up and hang out.

After sending Bitcoin, the victim said he was sent a bank wire to confirm payment. But the money never arrived in his account. When raised with Mazini, the victim was told that this was a banking error, to which another bank wire was issued. Again, the funds never cleared.

He estimates Mazini has defrauded $22mn from victims, much bigger than prosecutors allege at present.

FBI Assistant Director in Charge William F. Sweeney warned that people be on guard when it comes to social media personalities. Sweeney adds that what’s depicted on these platforms isn’t always as it seems.

“As we allege, Igbara’s social media persona served as a backdrop for enticing victims to sell him their Bitcoin at attractive, but inflated, values. A behind-the-scenes look, however, revealed things aren’t always as they seem.

There was nothing philanthropic about the Bitcoin transactions Igbara engaged in with his victims. A quick search of the Interwebs today will reveal an entirely different image of this multimillion-dollar scammer.”

The Attorney’s Office press release called on other victims to come forward.

Mazini Accused of Other Frauds

Mazini is also accused of a giveaway scam. This involved buying a certain amount of merchandise from his Mazini Italy clothing line on the promise of receiving more merchandise for free.

Others have also accused him of investment fraud related to a fund called Halal Capital. They say Mazini played on his fellowship with Muslims to persuade them to invest with Halal Capital. Mazini claims to have been robbed at gunpoint, losing all of the funds.

The accused is often shown in videos giving away thousands of dollars. In one clip, with rapper 50 Cent, Mazini is filmed giving Burger King employees money.

But as Sweeney points out, fraudsters can use social media to manipulate users. As ever, a healthy dose of skepticism is needed whenever it comes to parting with money or Bitcoin.