Powerful Bottom Signal Spotted In XRP, But There’s A Catch 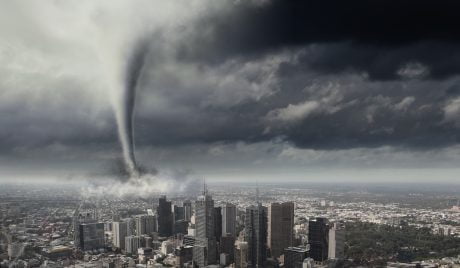 XRP price is back trading at right around a dollar per token, but according to a rare bottoming pattern spotted by a legendary technical trader on the Bitcoin trading pair, the surge is only just getting started.

However, there’s a catch. When it comes to this particular chart pattern and crypto – the same trader has gotten it very wrong before. Is this time different, or will this “powerful” bottom signal confirm?

Ripple and company executives are still locked in a legal battle with the SEC, but just this week had a major victory in the court requiring the release of documents that offer insight into the entity’s findings on other cryptocurrencies: Bitcoin and Ethereum.

Before the news even broke, XRP pumped to more than $1 per token for the first time since 2018 on the USD trading pair. On the Bitcoin trading pair, however, things have only just started to turn around from extreme bear market lows.

A bottoming pattern taking place across the entire first quartern of 2021, according to iconic career trader Peter Brandt, is “called a compound fulcrum and can be quite a powerful buy signal.”

If he’s right, XRP will soon outperform Bitcoin by a sizable margin. But he’s been wrong before about such a pattern.

Beware: Brandt Has Been Both Wrong And Right About Bitcoin

Brandt, who is a classical chartist with decades of real world market experience, has seen several rare patterns to both confirm and fail. He’s among the few traders to have discovered the rare pattern, and he’s also among the first to identify each Bitcoin parabola forming. In the past, he’s even accurately called the bottom range on Bitcoin’s bear market, a whole year in advance.

But for all his correct calls, Brandt is still human, and gets things wrong. The last time he made the call for a compound fulcrum was back in 2018.

Back then, Bitcoin was trying to hold onto support around $6,000, before taking the ultimate plunge to the bear market bottom – a zone which Brandt himself also ironically called for.

Whether Brandt was trolling the last time around, or simply incorrect, is not clear. He’s the first to admit that patterns do indeed fail, but when they don’t and behave as they’re expected to, “it’s a thing of beauty.”

Whether or not Brandt will be wrong again, and XRP drops even further against BTC on the ratio remains to be seen.