Forget Lightning, Litecoin Is About To Strike Twice Against Bitcoin 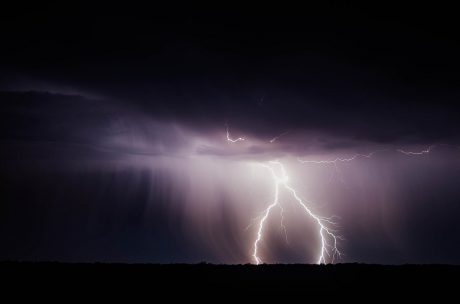 Litecoin is cleared for takeoff after a brutal downtrend against Bitcoin and the dollar. Could the cryptocurrency known as digital silver be the next altcoin to pop like Ethereum, Dogecoin, and the rest of the pack?

Here’s a closer look at the technical signals suggesting a change in the tides is here – a reversal that could cause lighting in the LTCBTC trading pair to strike for a second time.

The Long Running Deviation Between Digital Silver And Gold

The digital gold narrative has fueled much of Bitcoin’s growth over the last two years. Being the “fastest horse in the race against inflation” and a way for corporations to protect treasury reserves has brought the crypto market to the mainstream.

Following Bitcoin, Ethereum went for a long run that’s still ongoing today, and other altcoins like Dogecoin have been the talk of finance. Yet still, Litecoin lagged behind.

The once top ten titan of a cryptocurrency has since fallen out of the list completely, and has some catching up to do. That time could be now, however, as momentum on the highest timeframes against Bitcoin have begun to turn up for Litecoin.

Litecoin Ready To Strike Back Against Bitcoin Like Lightning

Litecoin has now spent a hellish 666 days in a downtrend against BTC, letting digital gold steal the entire show for several years. But like the real relationship between physical gold and silver, after gold makes a run, the silver ratio improves in the following months to years.

The same is happening now with Litecoin, now that an altcoin season is back across crypto, and lower liquidity coins begin to rake up all the capital.

Related Reading | Litecoin On The Verge Of Monster Move

It takes less capital to move the price of these coins further, and after such a long-stretch of negative sentiment in Litecoin while Bitcoin soaked up all the positivity, it could result in an especially powerful move.

All the same perfect-storm conditions are back from the last time the tides changed. The LMACD is turning up on monthly timeframes, suggesting momentum is in bulls’ favor.

The downtrend both times lasted roughly the same amount of time, and the big move up came after breaking above the middle-Bollinger Band – something that is clearly happening again now according to the chart pictured above.

With Bitcoin diving, and Litecoin and other altcoins getting their day in the limelight now, there’s a chance the massive move is only just beginning. Measured move targets point to as much as a 240% move against Bitcoin. Will LTC strike BTC for a second time?