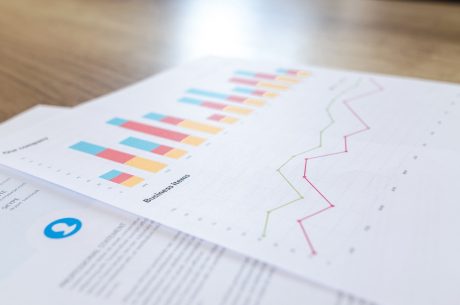 When it comes to bitcoin, MicroStrategy is looking for more. This comes after buying over 20,000 BTC in the first quarter of the year, at an average cost of roughly $52K (for a total cost exceeding $1B). Now, the business intelligence firm led by Bitcoin advocate Michael Saylor is adding to their position.

Saylor shared on Twitter today that the company purchased an additional 271 BTC, at a cost of $55,387 per coin. He also noted that as of today, the company holds over 90K BTC in total with an average of just over $24K per coin. Also included in the Twitter post is the company 8-K referencing the purchase.

In a Q1 release, the company stated that “first-quarter results were a clear example of our two-pronged corporate strategy, to grow our enterprise analytics software business and acquire and hold bitcoin which is generating substantial shareholder value”. The company’s latest bitcoin purchase seems to reaffirm that position from just a couple months ago.

MicroStrategy ($MSTR) is the largest independent publicly-traded business intelligence company in the US, with a product used by a number of different Fortune 500 firms. The recent 8-K, and previous bitcoin purchases, aren’t the first time MicroStrategy has ingrained crypto into the business. Just last month, the firm released an 8-K disclosing it’s decision to pay their board of directors in Bitcoin.

Saylor has been an outspoken crypto advocate, and last year led MicroStrategy to be the first publicly-traded company to modify corporate strategy in adopting bitcoin. Only 32 publicly traded companies, of 40,000 on the market, have bitcoin on their balance sheet. MicroStrategy is the largest publicly-traded corporate BTC holder to date. The firm’s stock took a nearly 10% dip on the day.

MicroStrategy reported a 10% jump in revenues in the first quarter, with an over 50% increase in product licenses and and subscription revenues.

As if the public-facing business decisions weren’t enough, Saylor’s statements on crypto broadly will tell you quite a bit about the company’s optimistic perspective. Just yesterday, Saylor described bitcoin as the “most powerful and disruptive technology of our lifetime”. Additionally, Saylor hosted a “Bitcoin for Corporations” conference in February. Saylor often talks of the ‘Bitcoin Standard’ as a way to help struggling countries revive their economies.

Given that Saylor continues to be a vocal advocate for crypto, even saying that there is “zero chance” of bitcoin being replaced, it seems like MicroStrategy’s engagement in the space is likely to continue through the coming quarters.