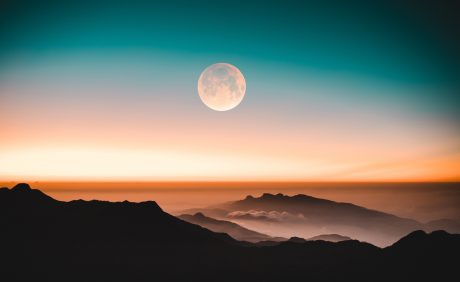 The founder of Barstool Sports, Dave Portnoy, has released a video where he picked SafeMoon as his sh*tcoin of choice. Portnoy said he purchased $40k worth of SafeMoon as a hedge against the fragility of Bitcoin.

My shitcoin announcement. Invest at your own risk. I have no idea how this works pic.twitter.com/G1iW8iZTWG

However, popular crypto YouTuber Lark Davies continues in his calls that SafeMoon is a Ponzi scheme. A month ago, as SAFEMOON was blowing up, Davies posted a tweet in which he likened it to the most infamous scam in crypto history, Bitconnect.

Portnoy is best known as the founder of the sports and pop culture blog Barstool Sports. But he began gaining popularity for live-streaming his stock trades.

A little under a year ago, Portnoy crossed over into the world of crypto by asking the Winklevoss twins to teach him about BTC in a live stream.

In February, he exited his Bitcoin position before it pumped to $51k, missing out on the gains as a result. He responded by venting on social media, saying he will never rebuy Bitcoin.

“I’m never buying Bitcoin. Never never, I don’t believe a thing about it. But I do think it’s profitable, and I think there’s enough steam that it may just continue to go up forever. But I don’t buy the underlying junk behind it.”

Despite that, Portnoy did buy back into Bitcoin.

More recently, he has turned his attention to alts, which is, as he claims, a response to the Elon-FUD of the past week. In a humorous video, the Barstool President narrowed down his choice of alts to six, eventually announcing SafeMoon as his pick.

“It’s time for me to choose a side, and I’ve done that. Here we go, DOGE, ASS, Litecoin, SafeMoon, SHIBA, HOGE. The new breed of sh*tcoins, and I’m going to pick one and I’m going to become the leader. I’ve already purchased $40,000 of the coin…”

Davies Warns Off Investing In SafeMoon

As “leader” of SafeMoon, Portnoy said he would not sell in the near term. Adding that he will “ride it to the stratoshpere or hell on earth.”

However, Portnoy’s research methods leave a lot to be desired. On justifying his choice, he said it could be a Ponzi scheme. But he likes the word moon.

More worryingly, he recommends getting in now, saying it’s the early buyers that walk away in profit should SafeMoon collapse.

“Why? I don’t know f*cking why, it could be a Ponzi scheme. I like the word moon because that’s where I want to go so I’m buying SafeMoon. I also like how every f*cker is selling out there, you get a 10% penalty that disperses 5%… Ponzi, Ponzi, Ponzi. It’s early, if it is a Ponzi, get in on the ground floor…”

In response to the video, Davies accuses Portnoy of promoting a Ponzi scheme.

“Paper hands Dave is now promoting the #safemoon ponzi scheme…. yeah, that is about on brand for him.”

Davies concedes that people may have made money on SafeMoon. But the situation is no different from Bitconnect. Back then, people who called out Bitconnect were attacked. But when the rug pull came, most lost out.