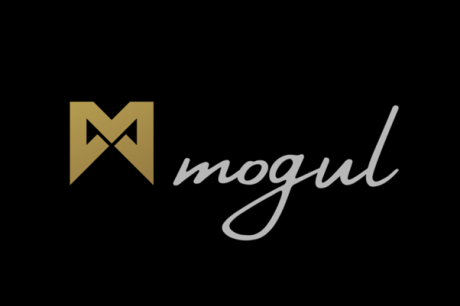 Mogul Productions, a decentralized film financing and NFT platform has announced it will host a live event featuring special guest Rob Prior, the comic artist known for his work on the Marvel and DC comics. During the event, Prior will burn an original copy of one of his paintings, which will be immortalized in digital form as an NFT.  “Mogul is excited to showcase Rob’s pieces in this iconic event featuring the first mainstream comic book and film artist burning his own artwork live on camera so it will only live as an NFT,” said Lisa Sun, Founder and President of Mogul Productions.

The event, titled Proof of Origin, is due to take place on Thursday, May 27, starting at 5:00 pm EST. Appearing alongside Rob Prior, Mogul will also host several other star guests from the blockchain, film, music, and gaming industries as part of the event.

Recently confirmed to be joining the event are Dan Crothers, co-founder of Ecomi, the project behind the VeVe collectibles marketplace, Jon Karas, co-founder and president of Akoin, a cryptocurrency founded by music artist Akon, and Ted Farnsworth, the co-founder of ZASH Global Media and Entertainment and former Chairman of Moviepass. The guests will discuss the popularity of NFTs in the entertainment industry and share their own perspectives on the trend and how it could evolve.

At the end of the event, Rob Prior will burn one of his own original artworks and unveil the NFT minted to represent it straight afterward. The painting in question is inspired by the theme “The Wolf of Wall Street” and depicts fiat bills falling from the sky. The burning and NFT minting of the artwork is symbolic of the future of art and Wall Street living on the blockchain.

The NFT will be the only version of the piece available after the event and will be auctioned on Mogul’s platform. Prior will also be painting live during the event and unveiling his next two NFT drops, which include a rendition of Deadpool and a painting of Luke Skywalker.

Attendance is free; however, anyone interested in attending the event needs to register via Eventbrite.

Mogul Productions, which is led and advised by a team including award-winning Hollywood veterans, launched its platform in February this year and has already signed on 50,000 users. It aims to connect filmmakers, fans, and financiers in one place as a way of making it easier to bring movies to market. NFTs play an important role here, as they could be used to issue digital merchandise allowing filmmakers access to new revenue streams.

NFTs have reached a watershed moment in 2021, gaining the kind of rapid and mainstream adoption that long-term fans always believed was possible. Beeple’s $69 million auction of his work “5000 Days” via Christie’s made global headlines, but the NFT craze has taken hold.

In the last few weeks alone, artist and architect Daniel Arsham has announced his first NFT art will be an eroding and reforming sculpture that changes state according to the seasons. Elsewhere, street art collective Kiwie 1001 has confirmed it will launch its own NFT gallery in the Latvian capital of Riga. The objective is to showcase the ability of NFTs to make street art viewable from anywhere in the world.