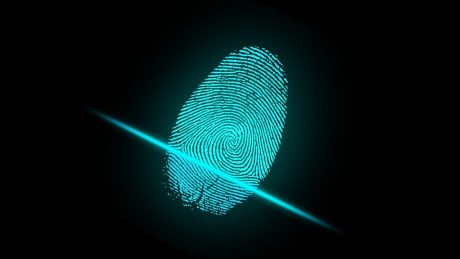 Bitcoin was introduced to the world in 2008, and so far, it has captured the imagination of millions of crypto enthusiasts globally. From 1 cryptocurrency in 2008 to over 10,000 in 2021, the cryptocurrency industry has come a long way. Back in 2010, Bitcoin’s market cap was a meager $170,000, and today, it stands at over $618 billion, whereas the market cap of the entire cryptocurrency industry has crossed a figure of $1.51 trillion. Such astounding growth has caught the attention of financial regulators worldwide.

The Launch of Concordium

The crypto industry is earning a bad rep because of a few bad apples using cryptocurrencies for illegal purposes. Due to this bad reputation, many users are choosing not to join the crypto bandwagon, which is impacting crypto businesses and delaying the growth of the entire industry.

Thus, it was about the time when a crypto project met the requirements of authorities, developers, and end-users. Concordium capitalized on the opportunity and began development in 2018 itself.

“The time has come for the blockchain industry to respect the general rules of society. With the launch of Concordium Blockchain, the era of anonymity, opacity, and lack of transparency has come to an end”

Founded in 2018, Concordium is a decentralized and sustainable public blockchain backed by some of the most respected industry veterans and academics. It is the brainchild of Lars Seier Christensen, who is also known for his stint at Saxo Bank, which he co-founded in 1992. Earlier this year, realizing the high upside potential of Concordium, some of the leading investors combinedly invested $41 million in Concordium in a private and strategic sale valuing the company at $4.45 billion.

Leveraging a unique set of features and technology, including built-in user identification and Zero-Knowledge-Proofs, Concordium guarantees privacy to its users without anonymity. To ensure privacy, Concordium supports encrypted payments. It also allows users to verify the identity of the counterparty before sending them payments. Regulators, on the other hand, can identify the origin of a transaction within the Concordium network. It means Concordium hits three targets with one arrow.

Lone Fonss Schroder, Chief Executive of Concordium, sums up the highlight of the privacy feature on Concordium by saying, “Privacy, but not anonymity.” Concordium truly believes that by meeting the requirements of regulators, end-users, and developers, the blockchain industry will soon realize its true potential, leading to mainstream adoption of blockchain technology and cryptocurrencies. Both developers and Concordium users will have access to a fully regulatable and transparent blockchain platform from June 9.

How is Concordium Different?

Unlike other blockchain & cryptocurrency platforms, users do not have to choose between governance and transparency or privacy when using Concordium. Also, every transaction in the Concordium network is identifiable and trackable, which will lead to trust between regulators and the crypto industry.

Overall, Concordium is leveraging cutting-edge technology and a revolutionary concept to change the blockchain industry for good.