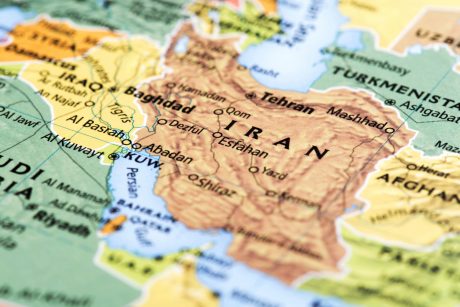 Iran’s ICT minister has made a proposal that the Persian Gulf island of Kish should be transformed into a crypto exchange hub.

Kish is an island off the Persian Gulf coast in Southern Iran, and it hosts one of the country’s free trade zones. Muhammad Javad Azari Jahromi, Iran’s information and communications minister, made the proposal during a visit to the island.

Kish has the infrastructure to emerge as a hub for international crypto exchanges in the region. Authorities need to start talks with neighboring countries.

The Persian Gulf island is a tourist location with over a million visitors each year. The government plans to make it a financial trade zone as well, which will further attract more people.

As the island’s excess energy can’t be sent to the mainland, the government allows it be used by crypto miners. According to a report from Financial Tribune, several mining farms are already up and running in the island.

Currently, trading of crypto is banned within the country, even though mining is allowed for licensed companies.

There are a few exceptions, however. In April, Iran’s Central bank authorized that the digital assets mined inside the country can be used for making payments of imports.

Policymakers in Iran are already at work for setting up the regulations for crypto exchanges, and the proposal from the ICT minister comes amidst it.

Related Reading | Looking Ahead: What Should EU Regulations for Cryptocurrency Sector Look Like?

However, regulating digital assets isn’t a simple task. And no state body wants to take full responsibility over it.

The High Council of Cyberspace cited certain concerns related to cryptocurrency mined outside the country. The deputy chief said,

It is not clear who has developed cryptocurrencies. We have no precise information about those who have invested in the digital currencies. As such, we do not encourage investors to put their money into digital assets.

He also said, “Cryptos could help the country bypass sanctions in a limited number of cases,” and emphasized that central banks should come up with an approach to this effect.

The Central Bank of Iran has said that it isn’t in a hurry to announce the regulations related to crypto.

The institution intends to collaborate with other government foundations, like the High Council of Cyberspace, on a roadmap.

Bitcoin Back To Going Up?

BTC has enjoyed a week of overall upwards trend at last, after the huge drop-off last month. It seems like the market is bullish again, but it’s unclear whether that is truly the case yet.