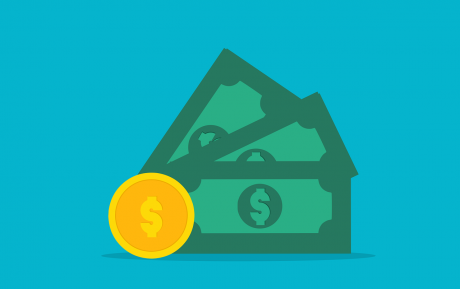 Argo Blockchain expresses joy as it announces a £14 million ($20 million) loan agreement on its website.

The deal, spanning six months, was secured with Galaxy Digital LP using a portion of its Bitcoin ownership as collateral. The bitcoin-backed loan agreement is expected to grow its operations in Texas, United States of America.

The blockchain platform thus will use yields obtained from the loan, alongside the previous capital raised through its activities, to fund the company’s construction of a data center in west Texas. The proceeds, similarly, will be used to meet up with the company’s day-to-day financial obligations.

Expressing its pleasure with the latest development, the CEO of Argo, Peter Wall, said in the announcement:

“We are delighted to work with Galaxy Digital LP as we pursue our growth plans and to form a solid relationship with them as a financing partner.”

According to Mr. Wall, the agreement will facilitate the securement of competitive terms on a loan facility for Argo. It will additionally allow them to hold still their portion of the Bitcoin asset.

The loan terms are thus favorable, as it authorizes the London-headquartered mining company to retain its current Bitcoin holdings, even as it broadens further its mining activities. By implication, the company can expand its mining operations while refraining from selling its bitcoin holdings.

Given this, the Bitcoin mining company is “pleased” to have Galaxy Digital LP as its source of finance. Argo looks forward to building a viable relationship with the financial institution going forward.

Argo is pleased to announce it has secured a £14 million ($20 million) loan agreement for a term of six months with @GalaxyDigitalHQ using a portion of the Company’s Bitcoin holding as collateral. #ARB $ARBKF

Galaxy Digital is Committed To The Mining Sector

On their part, Galaxy Digital, through its head of Mining and Lending, Amanda Fabiano and Luka Jankovic respectively, expresses its commitment to further boosting the mining industry.

“Galaxy is committed to creating tailored financial solutions to support miners. We are happy to provide Argo capital financing and products allowing them to scale and evolve.” the company said.

The $20 million loan agreement between Argo blockchain and Galaxy Digital is for six months. In line with this, there have been growing attendant concerns about the period of the loan agreement.

Many keen observers think the 6-month deal is a concise term for $20m borrowings. “How will the capital and interest be repaid in December?” One observer asked.

As a global leader in the crypto industry, it has one of the most extensive and efficient operations powered by clean energy. Despite such amazing news, Argo’s stock price is still down by 1.38%. Experts predict the news will later result in the surge of the stock price. However, for now, the bears are in control but bulls are expected to take over.