Why The Next Bitcoin Bear Market Will Be The Worst Yet 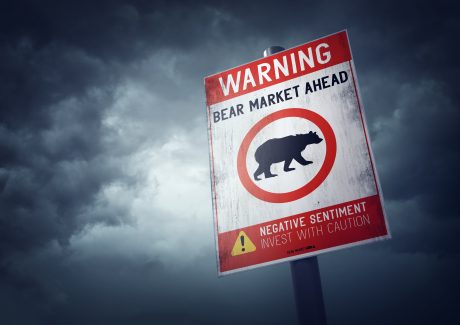 Bitcoin price continues to sink, and when it isn’t falling its barely able to move sideways, with “up only” the one direction the cryptocurrency won’t go.

Whether or not the crypto market is headed toward another bear market or not is debatable for now, but technical analysis suggests that when the peak of this cycle arrives, it could bring with it the worst bear market in the history of cryptocurrency.

A secular market is defined as “a market that is driven by forces that could be in place for many years, causing the price of a particular investment or asset class to rise or fall over a long period.”

“In a secular bull market, positive conditions such as low-interest rates and strong corporate earnings push stock prices higher,” an except in Investopedia reads.

Since the birth of cryptocurrency, Bitcoin has only known a bull market. The technology was born during The Great Recession right as quantitative easing began. The stock market has mainly experienced upside since, and Bitcoin price itself has risen from $0 to $65,000 at the local all-time high.

Even technical indicators, such as the Average Directional Index suggest that the leading cryptocurrency by market hasn’t truly seen a bear market, despite what past drawdowns might feel like to those that lived them. But trends are only over when the ADX reads under 20 – or the dashed line above.

Related Reading | Bitcoin Ready For Display Of Strength, But Which Direction Will It Break

The tool also shows the strength of bulls (in green) diminishing while bears (in red) are getting stronger with each major wave up. But that’s still not the signal that suggests a much worse crash when the next cycle ends.

Why The Next Crypto Bear Market Could Be The Worst Yet

Cryptocurrencies are a speculative asset class, first born with Bitcoin. No one truly knows how’s to assign a value to the asset, and thus price action can be more volatile. Because speculative assets are driven more so by investor sentiment and emotion, it responds especially well to certain types of technical analysis, such as Elliott Wave Theory.

Elliott Wave Theory is both simple yet complex, and is based on the idea that markets move based on impulse driven waves. These waves and their potential paths and outcomes can be predicted with some degree of accuracy, so long as certain characteristics and conditions are present.

According to Thomas Bulkowski, the ending diagonal “is a special type of motive wave that occurs primarily in the wave 5 position when price has moved too far and too fast.”

Bulkowski calls this a form of “rising or falling consolidation” and says that “in all cases, the ending diagonal terminates the move of larger patterns.” The ending diagonal is the result of an extended fifth wave which has a set of five impulse waves within the ascending wedge-like shape.

When it finally breaks down, price action could correct all the way back down to where the pattern began to form, which would be more than $1,000 – but lower than the $3,000 bear market low. If Bitcoin truly is to make it to hundreds of thousands of dollars per coin, and the ending diagonal pattern is accurate, things could get a lot more volatile than anyone would ever expect.