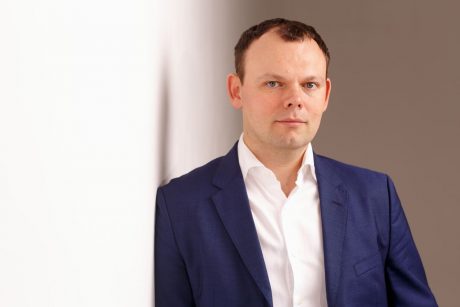 Ilya Churakov is the CEO of the global blockchain platform DAO Consensus, which aims to give businessmen around the world the opportunity for development and unlimited interaction. We asked Ilya a few questions on what he thinks about the state of the blockchain industry today, and how decentralized autonomous organizations can help in building and scaling a business.

Q: Ilya, In the first months of the year, all talks were about the growth of bitcoin. Many experts forecasted the price around $100 thousand. But now we are witnessing the correction, and moreover, it is rather lingering. What is your personal opinion on the causes of it? In your opinion, should we expect the end of correction with the subsequent growth? And if yes, what could cause it?

A: No doubt that now is not the best moment for bitcoin. There are too many causes of its drop. And it is possible that this trend will continue for some time. The leading cause of the correction is, of course, China. Basically, everything that happens above all other reasons arise from the blow that Chinese regulators launched on the crypto market. By the end of this month, almost all miners, 90% of them, will have to flee the country. Understandably, it provokes a sort of crisis in the market, since the biggest companies have to prepare premises in other countries, move equipment, and set up new production facilities in an extra hurry. All this can not positively influence the first cryptocurrency’s price. Also, let’s not forget that in May, again China has forbidden their financial organizations to deal with cryptocurrencies. In fact, these actions hammered a nail in the coffin of the Chinese crypto industry that already has been living on sufferance since 2017. A new round of SEC’s interference into the life of the crypto community adds to the market’s edginess and the possibility of the major fund Grayscale selling out bitcoins. At the beginning of July, the Senate directly ordered the SEC to deal with malpractice and scam in the crypto industry. So there is plenty of unsettling news. On the other hand, there is also promising news. For example, as a counterbalance to Grayscale’s potential sell-off, the hedge fund Marshall Wace announced that it is looking to enter the crypto market and trade crypto in future. Bitcoin miners are recovering from a blow little by little and have already started to accumulate new reserves. At the end of the day, the move might even work in favour of Bitcoin as it will transfer to more ecological types of mining with the use of renewable energy.

Q: How do you see Elon Musk in regards to the crypto market? Don’t you find that the captain of the starship is manipulating the market and plays unfair – first, he cashed in on bitcoin and later caused its drop by comparing it with dogecoin, in favour of the latter?

A: I think that the influence of Musk is significantly overrated. His statements coincided with all events mentioned above. With all due respect, Musk can not possibly alone “drop” the price of bitcoin – the level is simply not the same. Yet, it is obvious that Musk attempts to manipulate the market and he succeeds with dogecoin. His personal fans refuse to think rationally and wholeheartedly believe that since Musk compares dogecoin with bitcoins, he has a good reason for it. But in reality, there is not. Dogecoin was and still is the mockery coin – it has no security, no beauty in its code which has not been hacked in a few years. Just imagine, how many people tried to hack Bitcoin all these years? In the meantime, speculative games on the meaningless dogecoin helped Musk to raise funds for the whole starship that is even dubbed DOGE-1. It should seem, the second and the third are assumed here. Who wants to help Musk to build those, they are welcome to invest in DOGE. What is more to say. In general, Musk is a very talented entrepreneur but crypto enthusiasts might want to keep a distance from his statements.

Q: In your opinion, are we really moving towards crypto mass adoption or it fails to gain traction due to problems with commissions in the major networks, in particular in Ethereum? What can cause a new jump-start?

A: Yes, it has indeed jammed. Currently, there is a huge outflow of funds from DeFi projects. Substantially, it is caused by the same reasons that influence the cryptocurrencies in general – people are trying to fix losses as it always happens in such periods. How can it influence growth? In my opinion, when people will start to see the updates that Ethereum implements, users will start to come back to DeFi projects. So far, neither staking nor sharding has been fully implemented. The commissions are still unjustifiably high. Indeed, unless and until this sore point will be solved, fully-fledged further growth is not on the horizon.

Q: Mining or staking: which one appeals to you more? Do you agree with Musk that bitcoin is a pain for the ecology of the planet? What do you think about staking?

A: Well, here we have absolutely different approaches. Mining is still very profitable, especially in the light of bitcoin’s price growth which might not be so at the moment but can happen in a year’s perspective. So far, staking can not display the same level of profitability – at least, when we consider reliable and liquid assets that you can go and sell on the majority of exchanges at a market price. From an ecological perspective, as I have already mentioned, now with miners en masse leaving China, the mining carbon footprint is declining. Miners are interested in using renewable energy, so characters like Musk would not be able to manipulate its price by stating that the currency is damaging ecology. Interestingly enough, Musk himself launches into orbit hundreds of space vehicles that damage the ozone layer. It seems he finds this not damaging to ecology. As for staking, I can say that it is of course a promising area but it is very important that the same SEC would not see the promise of profits in staking and would not apply the same regulations as to the securities. They had the same ideas about Ethereum but in the middle of June, they discarded their claims. This is very good news indeed. It means that staking has a future. And it is great – staking is ecological and convenient, anyone can take part in it.

Q: What can urge businesses to create decentralized digital ecosystems? What are the benefits for them? How soon will businesses start to implement blockchain into their processes en masse? What can act as a catalyst?

A: About decentralized autonomous organizations or DAO. In short, I believe they are the best of all forms of organizations. Decentralization immediately brings several benefits. For example, no one could possibly manipulate the organization, make it do or not do something. This is a mutually beneficial horizontal collaboration of the equal participants that is regulated by uncorrupted self-executable smart contacts. In other words, no one can go back on a promise, all conditions will be met. In decentralized systems, everything is being decided upon the community voting. The more interested you are in the agenda, the more weight you reach in the voting process by simply sending more coins to the voting pool. What else is great about DAO is that such organizations have almost no growth limits. If you enter such an ecosystem as an entrepreneur with your business, you automatically get a huge sales market of loyal to you clients. Our organization DAO Consensus works on these principles.

Q: Tell us about DAO Consensus – what motivated you to create such a platform, what is this project about?

A: I was motivated to create DAO Consensus by the realization that the crypto market needs a platform to which businesses could easily connect to. Nowadays, cryptocurrency is not just a trendy thing that raises the share’s price of the company. It is an emerging opportunity to scale the business, for example with tokenization. Today, the NFT market is absolutely trending. And it is possible to issue NFT tokens on our platform. This being said, as I have mentioned before, by joining the global DAO “organism”, a local business automatically gains a global scale. It is possible to launch a crowdfunding campaign for the project within the platform, grow and sell outside the current market. Our main goal is to unite the business community, provide tools for acceleration of business projects and career paths of the community members. We teach about all these things on the platforms, we teach how to invest and raise funds, share that in current realities business has no limitations except ones in the mindset. Blockchain community erases all the boundaries while we are just giving space for your growth, business development and scaling.

Q: Are you targeting the various types of businesses or individuals that could also come to join the ecosystem? What can potentially attract individuals?

A: You can come just as a curious observer that was invited by a DAO Consensus community member and become a real guru in creating your own business. There are no limits here – the marketing leaders can create their teams here, and we already have such leaders on a global scale. We provide a holistic education on cryptocurrencies and marketing technologies. It is possible that with time you will find partners for an offline business with the DAO Consensus ecosystem and you will want to produce, transport, organize something. If so, you will automatically have a wide client base, suppliers base and partners. In a nutshell, we are now building a huge business community without borders where everyone will be able to be useful and accrue benefits at the same time. Apart from that, with our huge experience in the media field, our members will always be kept up-to-date on the latest news and crypto analytics. It will help to successfully invest, develop new areas that will be interesting to the community.

Q: What role, in your opinion, crypto media plays in the market? Before the media was literally market makers. Do you see the correlation between news and prices now or the market became more sustainable?

A: At its early stages, media players indeed were market makers. Currently, we can also observe that a tweet from Elon Musk can drop the bitcoin price a bit. But today we see that for a change to happen, there should be a raw of fundamental reasons at the same time, otherwise the fluctuation will be quickly forced back. The cryptocurrencies market is too mature now to be directly manipulated. As for manipulations, they have always been and always will be. Also, they are often created by influential players with help of psychologists and other specialists that can influence the public sentiments. But there is also fact-based news like SEC’s claims, launches of the funds, regulators’ actions. This kind of news needs to be covered and analyzed because it is indeed important for the well-informed assessment of the current state while choosing the right time to invest. We have a huge experience in this field. We did not come yesterday to the crypto media field and we know how to write and how to separate important news from secondary.